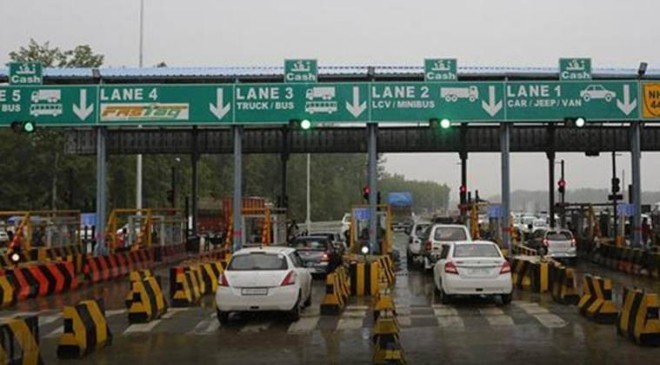 Delhi-Meerut Expressway toll fare to increase by at least 10 percent, while the Kherki Daula toll plaza, located on the Delhi-Jaipur highway will increase by 14 percent.

The concerned authority was supposed to start collecting toll from commuters on the 59.77 km Delhi-Meerut Expressway (DME) from December 25 last year, but the plan was put on hold. According to NHAI, the annual toll collection potential on the expressway is estimated to be about Rs 111.39 crore, with cars/jeeps/light motor vehicles accounting for about 82 percent of the traffic and bus/trucks accounting for 14 percent.

The 14-lane DME comprises four phases — phase 1 links Sarai Kale Khan in Delhi and UP Gate in Ghaziabad, phase 2 connects UP Gate and Dasna in Ghaziabad, phase 3 connects Dasna to Hapur, while phase 4 is a six-lane 32-km access-controlled alignment between Dasna and Meerut.

As per the notice issued by the National Highways Authority of India (NHAI), the toll tax for light motor vehicles such as cars and jeeps starting on the expressway from Sarai Kale Khan till the end of it at the Kashi toll plaza will cost Rs 155 instead of Rs 140. The new rate from Sarai Kale Khan to Rasoolpur Sikrod plaza will be Rs 100 and Rs 130 to go to Bhojpur.

From Indirapuram, the toll for light motor vehicles will be Rs 105 till Kashi, Rs 80 to Bhojpur and Rs 55 to Rasoolpur Sikrod.

The DME, which was fully opened for the public in April last year, was formally inaugurated by Union minister Nitin Gadkari on December 23, 2021.

According to the Kherki Daula toll plaza management, from April 1, large commercial vehicles (trucks, buses and similar vehicles) will be charged Rs 235 per trip instead of Rs 205 earlier.

The regular toll charges for cars and jeeps have been increased by Rs 10 from Rs 70 to Rs 80. For minibus-type vehicles, Rs 115 instead of Rs 100 will be charged, it said.

On average, more than 80,000 vehicles pass through the Kherki Daula toll plaza every day. The monthly rates have also been hiked, the management said. The revised rates have irked the local residents.

“We are demanding the removal of toll plazas, instead toll rates are being increased year after year,” said Yasheesh Yadav, a local resident.

The newly constructed toll plaza near Ghamdoj on Sohna road is also expected to start functioning from April 1 with the amended rates. The increased rates will be applicable from April 1 as well.

(With inputs from PTI)