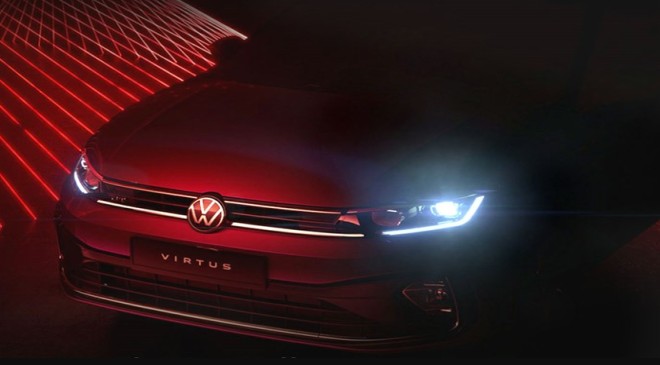 Volkswagen has started series production of the Virtus sedan at its Chakan facility. The Virtus is a replacement for the Vento and it’ll rival the Honda City upon launch. VW is already taking bookings for the Virtus online and at dealerships, and it’s expected to go on sale in May.

The Virtus is based on the localised MQB A0 IN platform that underpins three other VW-Skoda products – the VW Taigun, Skoda Slavia and Skoda Kushaq. Similar to the other three, the Virtus, too, will be powered by a range of 1-litre TSI and 1.5-litre TSI turbo petrol engines.

As standard, the Virtus will be offered with the 115PS 1-litre TSI engine, dubbed the Dynamic Line, paired with either a standard 6-speed manual or an optional 6-speed torque converter. The Virtus gets a sportier GT variant, powered by a 150PS engine and 7-speed DSG dual-clutch gearbox. This engine will miss out on a 6-speed manual transmission offered in the Slavia.

We expect the Volkswagen Virtus to hit the market sometime in May. Alongside its Slavia cousin, the VW sedan will rival the Honda City and Hyundai Verna in the Indian market.