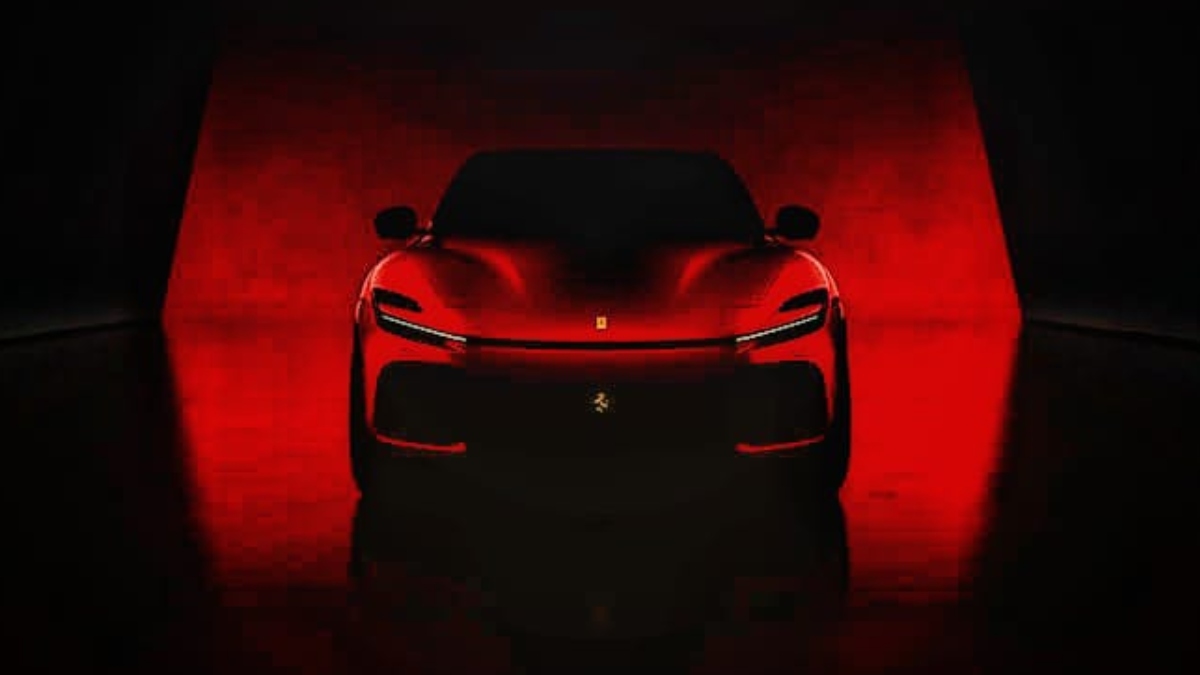 The all-new Ferrari Purosangue SUV has been officially teased, ahead of its global debut later this year (2022). Upon launch, it will rival the likes of Lamborghini Urus, Aston Martin DBX, etc.

Ferrari is all set to venture into the world of SUVs with its performance-oriented super sport utility vehicle, Purosangue. The all-new Ferrari Purosangue SUV will make its world premiere later this year. Ahead of its official global debut, this Italian supercar manufacturer has teased the Purosangue on its social media platforms and website, hinting at what its maiden SUV will look like.

The teaser image of the new Purosangue SUV is finished in the classic Ferrari Rosso Corsa shade. At the front, it gets a long low-slung bonnet, and very slim C-shaped all-LED headlamps, which are reminiscent of the SF90 Stradale sports car. While the company hasn’t released any other images officially, its previously leaked images do give us more details about the SUV.

For instance, the leaked images reveal that it will get a sloping roofline, five-spoke alloy wheels, slim LED taillamps with a full-width connecting LED lightbar, and quad exhaust tips. Moreover, it will sport body cladding all-around for a rugged appeal. In all, it does seem to belong unmistakably from the Ferrari family. On the inside, one can expect this super SUV to be loaded with features up to the gills.

While the exact powertrain details aren’t known yet, the new Ferrari Purosangue SUV is likely to get three engine options, namely a V6 motor, a V8 with plug-in-hybrid set-up, and a full-blown V12 engine. The transmission option is expected to be a dual-clutch automatic gearbox and it will get multiple driving modes too. The all-new Ferrari Purosangue SUV will make its global debut later this year (2022) and upon launch, it will rival the likes of Lamborghini Urus, Aston Martin DBX, etc.