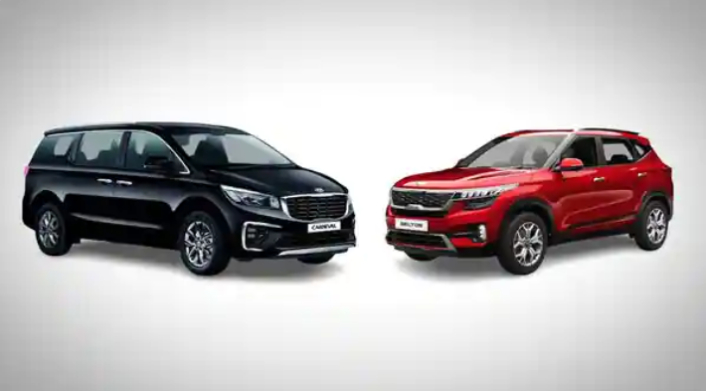 Kia India has revealed its sales figures for the month of March 2022. The Indian subsidiary of this South Korean car manufacturer sold 22,622 cars in March 2022, thereby registering its highest-ever monthly sales volume. Kia India achieved a YoY growth of 18.44 per cent as in the same period last year, the company’s sales stood at 19,100 units.

Kia Seltos remains the company’s best-selling car with sales of 8,145 units, while the recently launched Kia Carens conquered the second spot with 7,008 unit dispatches. The Sonet and the Carnival also recorded healthy sales, contributing 6,871 and 328 units respectively. Kia India continues to remain on the list of top 5 best-selling car brands in the country, with a 7 per cent market share in the domestic PV market in March 2022.

Apart from the best-ever monthly sales, Kia also recorded its highest-ever quarterly sales, clocking 60,062 unit domestic dispatches with quarterly 9.5 per cent YoY growth. Kia India concluded the FY21-22 with 1,86,787 unit sales despite the semiconductor shortage. The company registered a 20 per cent YoY growth. Also, the Seltos and the Sonet contributed 51 per cent and 40 per cent respectively to Kia India’s FY22 domestic sales.

Commenting on the development, Hardeep Singh Brar, VP and Head of Sales & Marketing, Kia India said, “2022 has been a good year for us so far as we have been able to sustain our positive sales momentum in the past quarter. Our growing sales number can be attributed to our recently launched Carens, which has won Indian customers’ hearts. We look forward to this outstanding positive trajectory continuing, backed by our revolutionary products and quality customer experience services. We thank our customers for their unwavering faith in us so far.”

He further added, “While we are happy with the growing demand for Kia Cars in the country, we are well aware of the long waiting periods and hence we have commenced the production in three shifts at our Anantapur facility. We are still in the recovery phase, as the semiconductor shortage remains a concern, which has affected our planned production. However, we assure our customers that we are vigilant of the trends globally and taking adequate measures to keep the waiting periods in check.”