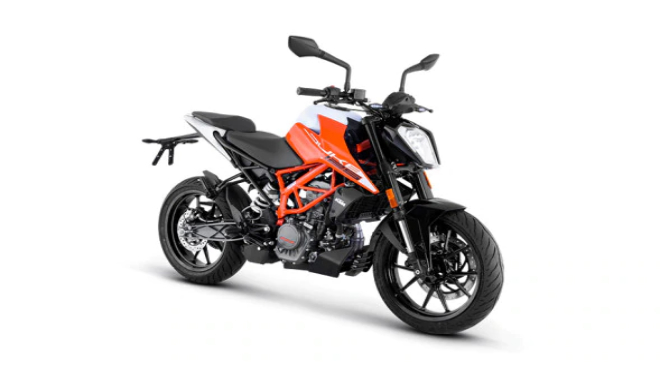 In India’s automotive industry, electric two-wheelers have taken off faster than four-wheelers, and the number of EV owners is steadily increasing thanks to the availability of aftermarket conversion kits.

Many people are converting their existing motorcycles to electric bikes rather than buying new ones as a result of the high initial cost of electric vehicles. As time passes, the cost of petrol and diesel will continue to rise, which also encourages individuals to convert to EVs. Here’s a KTM Duke owner who converted his motorcycle into an EV and according to his speedometer, he was able to reach a top speed of 140 km/h.

Throughout the installation, the YouTuber keeps a running commentary on his or her progress. The motorcycle’s engine and rear tyre have been removed. The centre of the wheel houses the 4000 W electric motor. New electrical connections have been made where they were required. To power the bike, a new custom battery pack was developed.

Using a pack of cells, the person in the video assembled them into a module, and then built a battery pack enclosure to fit in the place of the engine. After few simple procedures, the bike’s power-plant was installed.

In the next step, the rider uses a GPS app to track the motorcycle’s performance. In accordance with the phone screen readings, it is capable of reaching a top speed of 121 km/h. As the speedometer shows, it has a maximum speed of 140 kilometres per hour. With the use of multiple modes, it is also possible to change the way the motorbike delivers power.

It is possible to go 130 kilometres on a single charge when using the KTM Duke EV’s Eco mode. In Sport mode, the power output is increased, but the range is significantly reduced to 80 km only.