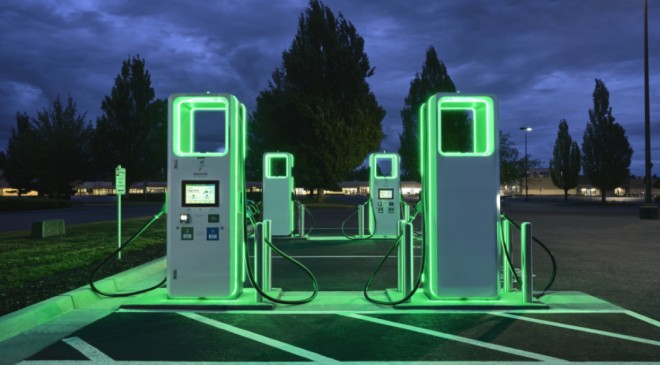 Delhi residents who own an electric vehicle will now be able to charge their electric vehicles for free between the hours of 12 PM and 3 PM starting in June. This facility will be available at over 40 public charging stations located throughout the national capital. Authorities said the measure is intended to promote the usage of electric vehicles while also incentivizing EV charging at public stations.

This initiative of free afternoon charge to EV users is being taken up by an EV charging startup ElectriVa, which has set up over 40 public charging stations in partnership with the three civic bodies.

Normally, rates for EV charging during the morning and evening hours per unit charge are kept at around Rs 10.

“We will provide charging to all commercial and non-commercial EV users for free between 12 noon and 3 pm. By providing free charging during afternoon hours, we want to bolster the EV ecosystem in the national capital. Presently it is important to incentivise public charging to make people switch from fossil fuel to electric vehicles,” Sumit Dhanuka, Founder, ElectriVa told PTI.

He said that ElectriVa will set up a charging station every three kilometres in Delhi and locations have already been allotted by the three civic bodies.

The penetration of electric vehicles in the automobile sector in Delhi has grown in the last few years. According to government data, around 10% of the total vehicles purchased in the city this year (January-March) so far, are electric vehicles.

As many as 10,707 electric vehicles were registered in 2022 so far between January and March 14 and out of this 5,888 were e-two wheelers (e-bike and e-scooter), data showed. Dhanuka said that at the national level, power grid stability is a concern and if all potential future EVs were to charge at homes, it can result in grid failure during peak demand.

In advanced countries like the UK and Netherlands, having EV penetration of 12 per cent and 20 per cent respectively, they have put special impetus on strengthening public charging infrastructure.

“Public charging will change the charging pattern of EV users if properly incentivised. It should be prioritised, and this narrative has to change with speed in public charging infrastructure work,” he said.

The Delhi government is also encouraging people to buy electric vehicles and is providing a range of subsidies on purchase of commercial as well as private EVs. The government has also announced plans to set up 100 public EV charging stations having 500 charging points by June 27.

With inputs from PTI