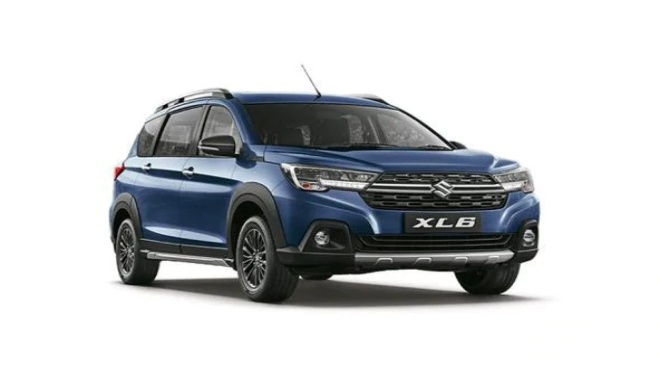 April will be an exciting month for enthusiasts as well as people looking to buy a new vehicle. With close to 10 launches lined up for the month, there is one car among those that will see its final edition coming to the market. Aside from that, April promises a new launch in each space from the budget Maruti Suzuki XL6 to an EV in the form of the Volvo XC40 Recharge.

Maruti Suzuki Ertiga | We’ll start off small. The Maruti Suzuki Ertiga MUV is all set for its facelift and while these exterior changes are expected to be only minor, upgrades under the hood will be more of a talking point. The MUV has already been spotted testing on the streets and the biggest change seems to be a new grille, similar to the one on the new Maruti Suzuki Baleno. The headlamps, tail lamps and bumpers all seem to be carried forward from the existing model. Over to the interior, while there won’t be any major change to the layout, we could see some new upholstery trim and maybe a few new features. Moving over to the powerplant, the Ertiga is expected to be powered by a slightly more fuel efficient 1.5 litre petrol engine. This will produce 105 hp of maximum power and 138 Nm of peak torque. Of course, there will not be a diesel variant. The real upgrade will be the new 6-speed torque convertor gearbox. This will replace the current 4-speed AMT but will bring with is quicker shift times and better responsiveness. As for a manual variant, the current 5-speed gearbox will continue to do duty on the Ertiga.

Maruti Suzuki XL6 | First launched in 2019, the XL6 is essentially a premium variant of the Ertiga. Sold through the Maruti Suzuki’s Nexa dealership, the XL6 may not be as popular as the Ertiga itself. Like the Ertiga before this, the XL6 is also likely to get only a few minor changes for its facelift. Where design is concerned, a new grille will be seen as well as tweaked bumpers and a new set of alloys. All of this will give the XL6 a slightly sportier stance. Over to the inside, a revised dashboard is likely and we will see a new 9-inch touchscreen infotainment system. Again, like the Ertiga, the XL6 will carry the same 1.5 litre petrol engine albeit with a bit more fuel efficiency. Producing 105 hp of maximum power and 138 Nm of peak torque, a 5-speed manual will handle transmission duties. The 4-speed AMT gearbox too will be replaced for a quicker 6-speed torque convertor. Both the Ertiga and the XL6 face the same rivals such as the Mahindra Marazzo, the Kia Carens and from higher up the Toyota Innova Crysta.

Toyota Belta | As we already know, the Toyota Belta is essentially a rebadged Maruti Suzuki Ciaz. The car has already been unveiled for the Middle Eastern markets and we get to see that Toyota hasn’t changed any of the panels. The Belta remains identical to the Ciaz on every turn save for the Toyota badging, just like they did with the Glanza and Baleno. On the inside as well, the equipment list should remain the same as the Ciaz which means we will get to the see the same 7-inch touchscreen infotainment system, multi-function steering wheel, climate control and analogue dials for the instrument cluster. Powering the Belta should be the 1.5 litre petrol engine that does duty on the Ciaz. This engine produces 105 hp of maximum power and 138 Nm of peak torque. While the model unveiled abroad gets only a 4-speed automatic gearbox, in India, we will get to see both a 5-speed manual as well as the automatic. In terms of pricing, the Belta will be offered in similar range as the Ciaz, but the base Ciaz Sigma should be done away with. This means the Belta should start at somewhere around the Rs 9.30 lakh mark.

Hyundai Tucson | The Hyundai Tucson has been spotted testing on Indian streets and with the launch so close, there are already quite a few details we already know. The new fourth-gen SUV is all set to make its debut later this year and sits above the Alcazar in Hyundai’s lineup. The Tucson features Hyundai’s Sensuous Sportiness design language and thanks to this sees a major upgrade from the current-gen Tucson. The highlight of the car will be the front accentuated by the new parametric grille flanked by the headlamp unit that is visible only when they are switched on. The Tucson is also likely to get Hyundai’s Advanced Driver Assistance Systems (ADAS) tech allowing for a number of autonomous safety features such as blind spot monitoring, adaptive cruise control and emergency braking. Internationally, the Tucson gets a range of engine options, both petrol and diesel, as well as a 5-seater and 7-seater option. India, however, should get only a single 7-seater option. Pricing for the Tucson should sit somewhere in the Rs 25 lakh to Rs 35 lakh mark and will come in via the Completely Knocked Down (CKD) route.

Honda City e:HEV | The full launch date of the City e:HEV has not yet been announced, but the car is all set to be unveiled in India on April 14. In terms of design, the hybrid will see some changes that make the car look sportier. The version that was unveiled in Bangkok a few weeks ago styled itself very closely to the RS variant of the City and as such featured blacked out a blacked out grille along with the RS badge. The front and rear bumpers are different as well and the black accents move up to the outside rear-view mirrors as well. On the inside we are likely to see an all-black theme and the features list will see an upgrade with Honda bringing in the Honda Sensing tech for added safety. This brings in things like emergency braking, lane keep monitoring and assist, adaptive cruise control and more. The Honda City e:HEV will be powered by a 1.5 litre Atkinson cycle engine paired to two electric motors. One will be integrated with the engine to assist and act as a starter generator and the second motor will power the front wheels. This will allow for three driving modes – ICE only, full hybrid and full electric, each selectable using a knob situated on the centre console.

Tata Nexon EV Long Range | The Tata Nexon EV has generally been received well and while the total range is fairly low, the company is working on a proper long range Nexon. The current Nexon runs a total of 312 km according to ARAI but this is calculated in ideal conditions. The Tata Nexon’s battery pack is currently a 30.2 kWh pack that allows for a real-world figure of just 200-220 km. The Nexon EV Long Range on the other hand is expected to be powered by a 40 kWh battery pack bringing the range up to about 400 km and should be good for at least 300-320 km in the real world. Other upgrades could be selectable regenerative braking, ESP and disc brakes all around. The Nexon could also see minor visual upgrades like a new set of alloys and maybe new badging. Most other panels will likely remain the same however. The Nexon EV sits in range where it rivals the MG ZS EV and the Hyundai Kona Electric and the added battery capacity will help it compete even better. The ZS EV, however, is also set to receive a bigger battery which could change things once again. As for pricing, we can expect a figure of about Rs 3 lakh to Rs 4 lakh over the current range.

Volvo XC40 Recharge | While the XC40 hasn’t been officially launched yet, prices for the car have been announced starting at Rs 75 lakh. This does make it a fairly expensive offering, but in terms of electric vehicles, this also means that the XC40 Recharge does not have any direct rival. On the higher end, you have the likes of the Mercedes-Benz EQC, the Jaguar I-Pace and Audi E-Tron while on the lower end, you see the Tata Nexon EV and the MG ZS EV. As for the XC40 Recharge itself, it doesn’t see much difference when it is compared to its ICE counterpart save for the front fascia. Powering the Recharge however is a 78 kWh battery pack paired to two electric motors – one on each axle. Combined these motors churn out 408 hp of maximum power and 600 Nm of peak torque. The company claims a 0-100 km/h time of just 4.9 seconds and a top speed of 180 km/h. Total range for the XC40 Recharge as per the WLTP test cycle stands at 418 km on a single charge. The Recharge also comes with 150 kW fast charging capabilities allowing for an 80 percent charge to be achieved in just 40 minutes.

Skoda Kushaq Monte Carlo | Skoda is all set to launch the special Kushaq Monte Carlo and like the Rapid Monto Carlo, the SUV should get new exterior as well as interior updates to differentiate itself from the masses. The Kushaq Monte Carlo’s design will be the same as the ones already seen on the global models. You will see blacked out bits on the bumpers and side skirts, blacked out chrome bits and a new set of alloy rims similar to ones on the Octavia RS 245. All of these should allow for a stronger stance at least visually. Over to the inside, it receives a digital instrument cluster, red accents on the dash and dual-tone red-black upholstery. The powertrain options, however, will continue to be the 1.0 litre and 1.5 litre engines. These make 115 hp and 150 hp respectively and both come with a 6-speed gearbox as standard. Automatic options are available with a 6-speed torque convertor for the 1.0 litre and a 7-speed DSG unit for the 1.5 litre engine. As for pricing, expect an Rs 80,000 to Rs 1 lakh premium over the standard Kushaq Monte Carlo

Volkswagen Polo Legend Edition | The Volkswagen Polo has had an extraordinary 12-year run in the Indian market even without any major upgrades ever since its launch. To bid farewell to the sporty hatch, the company has decided to offer one last edition called the Legend. Limited to just 700 units, the Legend Edition doesn’t get a great many upgrades over the standard Polo. The hot hatch is powered by a 1 litre turbo charged engine that churns out 108 hp of maximum power and 175 Nm of peak torque and mated to a 6-speed torque convertor gearbox. Visually, the Legend Edition remains identical to the standard polo as well. There is the Legend badging on the fender and the boot along with a special dual-tone paint scheme and news decals that sets it apart from the standard but that’s about it. As for features, the Legend Edition continues with the 6.5-inch touchscreen infotainment system, auto climate control, cruise control, ABS, EBD, rear parking sensors, hill hold and hill start assist. The Volkswagen Polo Legend Edition has been priced at Rs 10.25 lakh ex-showroom and as mentioned earlier will be limited to just 700 units.