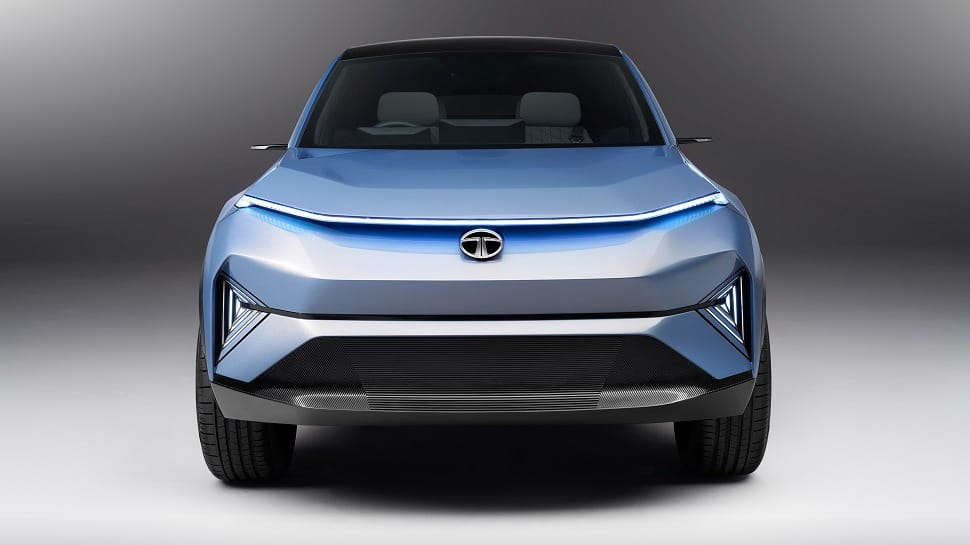 Tata Motors is keen on increasing the number of EV models in its line-up. The increase in EV models seems like an imminent step considering consumers’ enthusiasm toward electric vehicles. Another reason pooling in towards this development is the increasing competition from its rivals in the segment like MG Motors and others. To take on this competition they have recently unveiled the Tata Curvv electric concept SUV for the Indian market.

Also Read : In Pics | From ICE to EV, here are 9 car launches scheduled for April

The homegrown automaker has unveiled a new model christened Tata Curvv Concept and highlights the upcoming mid-size electric SUV. This new model comes with the new design language of the automaker with a LED light running across the front fascia of the vehicle. This new car is expected to come with a powertrain tuned for giving increased range as well a host of new features to aid the driver.

Tata Nexon EV is one of the mid-size SUVs from the automaker that’s been in the market since 2020 and needs an update. Considering the need, the Indian automaker plans to release a longer-range version of the SUV. The new car will have a bigger battery pack expected to have a range of 400 km per charge. It might also get a few interior and exterior upgrades.

Tata Tigor EV debuted back in 2021 and has been in the market ever since. Now, the 2022 version of the model is in the discussion. The new updated model will come with interior and exterior upgrades and is likely to have a range of 370 km to 400 km, very similar to the Nexon EV. As per the reports, the test mule of the Tigor EV has been spotted testing.