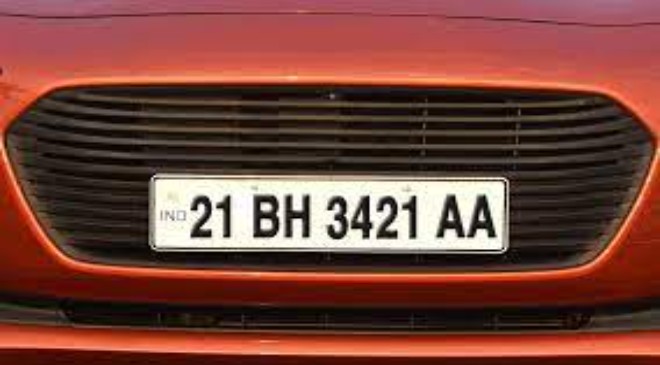 BH-series plate holders do not have to register their vehicles every time they move from one state to another, which benefits professionals whose jobs require them to move frequently.

The Ministry of Road Transport and Highways, in September 2021 started vehicle registration under the newly launched BH-series (Bharat-series) number plates for non-transport vehicles. The BH-series was introduced by the government to promote ease of mobility in the nation.

As per MV Act, any vehicle owner shifting from one state to another requires to change number series from parent state (from which the vehicle has been bought) to the new state where the person has moved.

However, for certain jobs, including Army personnel, central government officials among others are required to move from one state to another every 2-3 years, making it tedious to buy new number every time. To eliminate the same, BH series number plate have been introduced that does not require a new registration every time owner moves to another state.

What are the benefits of the BH series?

Earlier, as per section 47 of the Motor Vehicle Act, 1988, the owners were only allowed to keep their vehicle in another state (different from the ones they are registered in) for 12 months. After this period, the vehicle’s registration was supposed to be transferred from the parent to the new state. The vehicle registered with a BH series doesn’t require any transfer registration every time the owner moves. The number plate remains valid throughout the country.

Apart from a seamless transfer of vehicles from one state to another and freeing vehicle owners from the hassle of the heavy paperwork for vehicle transfer, the BH series offers many other benefits. For instance, with the new number plate, vehicle owners are bound to pay just two years of road tax at a time, contrasted to 15 or 20 years (differing from state to state). In case someone fails to pay taxes after 2 years, the taxes start to accumulate by Rs 100 per day.

How to get a BH series number plate?

What does a BH series number plate look like?

The number plate will be the usual ones for private vehicles, with black text and white background. However, there will be a change in the format of the texts and numbers.

The BH series number plates will start with two numbers showing the year of first registration, followed by BH representing ‘Bharat’. Later on, there are four randomly generated numbers on the number plate anywhere from 0000 to 9999, followed by two letters using all combinations ‘AA’ to ‘ZZ’. However, the letters ‘I’ and ‘O’ are not used.

Are there any changes in the taxation structure for the BH series?

The taxation also differs for different vehicles considering the power source. The vehicles having a diesel engine have an added tax of two per cent to their tax respective to the price categories. However, a vehicle with an electric engine saves the owner two per cent tax on their vehicle.