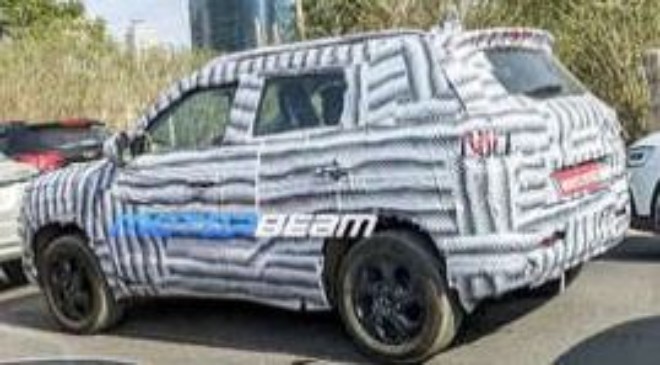 – The model is expected to get an electric sunroof, paddle shifters, and a new six-speed automatic transmission

Even as we wait for the updated Ertiga and XL6 to launch later this month, Maruti Suzuki continues testing other models such as the 2022 Vitara Brezza, a new spy shot of which has made its way to the web.

As seen in the spy image, the new-gen Maruti Suzuki Vitara Brezza is completely camouflaged, thus hiding all the changes to its exterior design. While we can notice a considerable change to the overall silhouette, a feature that is clearly visible in the image is the new set of five-spoke black alloy wheels.

A few reports suggest that this test mule could be a CNG variant. While Maruti does not offer the current-gen Brezza with a CNG version, the upcoming model is likely to benefit from the same. The current motor is also expected to be replaced by a 1.5-litre, DualJet, dual VVT petrol engine paired to a five-speed manual unit and a six-speed torque converter automatic unit.

A few other notable differences in the New Maruti Suzuki Brezza, as it is likely to be called (dropping the Vitara moniker), will get new front and rear bumpers, a redesigned tail-gate, an integrated spoiler with a high-mounted stop lamp, roof rails, rear wiper and washer, as well as horizontally aligned reflectors.

Inside, the 200 Maruti Suzuki Vitara Brezza is expected to come with a host of updates such as an electric sunroof, a freestanding touchscreen infotainment system, paddle shifters, Suzuki Connect telematics, and a new flat-bottom steering wheel. Also on offer could be a 360-degree camera and a HUD. The model has already been spied undisguised, details and images of which are available here.