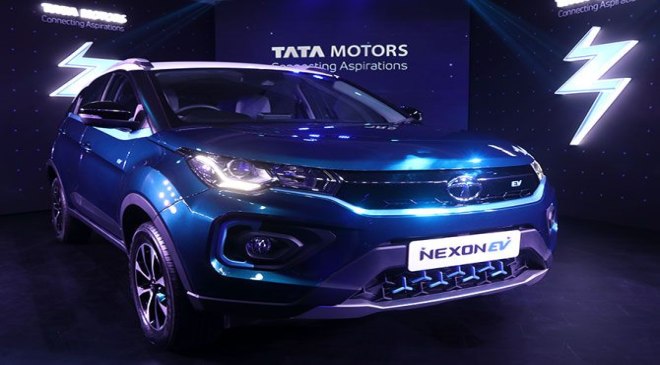 According to a senior Tata Motors executive, demand for electric cars continues to surpass manufacturing activity by a wide margin. An average of 5,500-6,000 reservations have been made for the Mumbai-based automaker’s electric vehicle lineup in the previous two months, making it the domestic market leader in passenger electric vehicles last fiscal year.

Nexon EV, XPRES-T and Tigor are the company’s three domestically available electric vehicles. It also presented a coupe-style SUV lately, which it aims to release in the next two years. Shailesh Chandra, Tata Motors’ Managing Director of Passenger Vehicle and Electric Vehicles, said in an interview that the company’s EV line had a backlog of customer orders because of the high demand for the vehicle.

“We are seeing that the demand is significantly outpacing the supply. The numbers are just the ones which we are able to supply, the demand is definitely much stronger which is reflected in the number of bookings with us,” he said when asked about the EV demand scenario.

In the previous one or two months, the company has received an average of 5,500-6,000 reservations every month, he said. However, Chandra said that Tata Motors was only able to produce roughly 3,300-3,400 units in the previous month. This means we have a backlog of orders every month, according to his statement.

Chandra noted that the company is trying to ramp up its capacities by increasing the sourcing of semiconductors. The company has initiated various steps like design modifications as well as sourcing from multiple vendors to increase the availability of essential semiconductors.

“These steps have allowed us to significantly ramp up production. Just seven months ago we were producing just 600 units but then such actions have helped us to increase it to 1,500-1,700 levels and then 3,000-3500 levels. This will continue,” Chandra said.

When asked about sales aspirations for this year, Chandra stated: “Last year, we grew by five-folds, and therefore the aspiration would be definitely to grow not in increments but in multiples.”

As per FADA, Tata Motors led the electric passenger vehicle segment in 2021-22 with retails of 15,198 units and a market share of 85.37 per cent in the vertical.

When asked if electric vehicles sales could account for 30 per cent of overall passenger vehicle sales by 2030, Chandra noted: “I would believe that the demand can be significantly higher than 30 per cent level because when the inflexion point is hit then the growth is absolutely uncontrollable.”

The main factors which will limit the growth will be the pace of supply ramp-up and capacity and ecosystem development, he added.

“From a demand perspective, we have seen it shot up in no time. Despite various ramp-ups, we are still not able to meet the demand. So the demand will definitely, we believe, go beyond this 30 per cent mark,” Chandra noted.