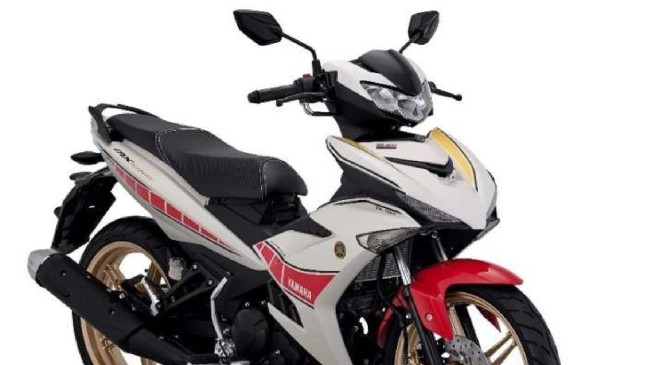 Yamaha has launched its Y16ZR World GP 60th Anniversary edition scooter for the Malaysian market. The scooter is priced at Rs 2.10 lakh, which is the equivalent of RM 11,688 (Malaysian currency Ringgit). The company has also announced that only 5,000 units of these scooters will be produced.

The scooter features a bold design with the graphics of the company’s signature red and white racing livery, which is matched with golden-coloured wheels. A premium box set featuring an appreciation certificate, a World GP 60th Anniversary limited edition pin and keychain, and a World GP 60th Anniversary tumbler will also be included with the scooter.

The scooter gets its power from a 155-cc single-cylinder, liquid-cooled engine with electronic fuel injection and variable valve actuation (VA). The engine is tuned to produce 17.7 hp at 9,500 and a max torque of 14.4 Nm, revving up to 8,000 rpm. However, this engine is not exclusive to the Y16ZR, it is the same engine used on the YZF-R15 motorcycle on sale in the Indian market. The engine works with a six-speed transmission with assist and a slipper clutch.

Its suspension system includes a front telescopic fork and a rear mono-shock with preload adjustment. The scooter has a fuel capacity of 5.4 litres and weighs only 119 kg. The seat height has been maintained at 795 mm, which is comfortable for riders of all sizes.

It is unlikely to be released in the Indian market anytime soon, as the business currently sells the Aerox 155 in the country, which is priced similarly.