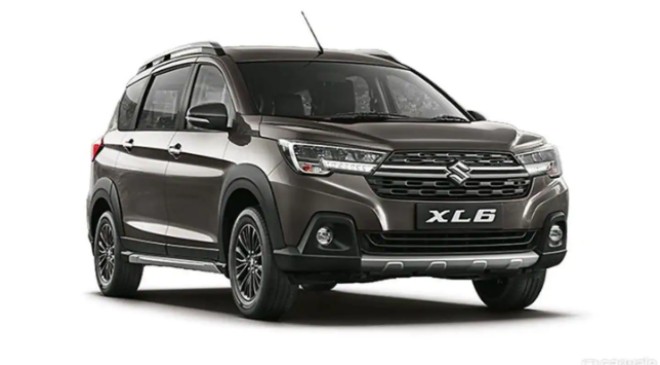 Maruti Suzuki XL6 update is nearly ready for launch and ahead of its arrival, the company has commenced pre-bookings for the MPV via the Nexa dealership chain through which it is sold. While the XL6 will look nearly identical to the model it replaces, it will get noteworthy mechanical changes as well as new features.

The teaser released by Maruti Suzuki does not reveal anything new. It does confirm though that the updated XL6 will continue to be offered without a sunroof. The 2022 Maruti Suzuki XL6 is expected to come with minor revisions to the styling though.

The most noteworthy change comes in the form of a new 1.5-litre K-Series petrol engine that will develop 115bhp of max power, up by 10bhp over the outgoing car’s 1.5 petrol unit. Plus, it will come mated to a new 6-speed torque converter automatic replacing the 4-speed unit.

Features like LED headlamps and tail lamps, 15-inch alloy wheels, 7-inch infotainment screen, automatic climate control are expected to be carried forward as is. There could be some additions to the features list, but that will be confirmed closer to the official launch of the XL6.

The outgoing XL6 retailed for Rs 10.14 to 12.02 lakh (ex-showroom) in Zeta and Alpha variants with both petrol and automatic transmission choices. Expect the prices to increase marginally. It is based on the Maruti Suzuki Ertiga, which will also be updated in April, and is essentially a more premium, six-seat variant of the MPV sold via Nexa outlets.