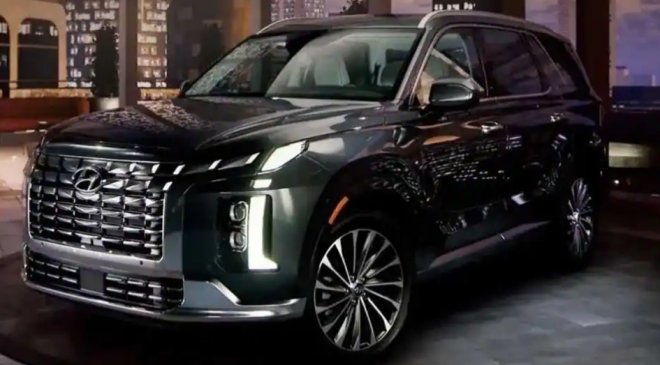 The 2023 Hyundai Palisade was leaked during live-steam on YouTube before launch on April 13 and major changes include a redesigned grille, new alloy-wheels and headlight design.

The Hyundai Palisade’s 2023 model has been released through a thumbnail that was unintentionally added to the brand’s live video on YouTube. Only one photograph of the new Palisade, which has since been taken down, reveals the reworked front end and the new alloy wheel design. Obviously, the car on display is a high-end model.

The main change made to the upcoming Hyundai Palisade is the grille. The new grille flows outwards from the top where the indicators used to be, and it also has the same jewel-like “parametric” inserts as seen on the Tucson’s outside borders, making for a striking visual difference. The C-shaped LED daytime running lights on the Hyundai Palisade have been replaced with straight lines at the corners.

To fit the new DRLs, the main headlights were modified, and the projecting satin chrome chin spoiler on what looks to be the top-spec Calligraphy version was altered as well. New turbine-style alloy wheels are also showcased in this collection.

A mechanical update to the Palisade was not mentioned. The upcoming Palisade is expected to use the same 3.8-litre naturally-aspirated V6 petrol engine that makes 295 PS of power and 335 Nm of torque, along with a 2.2-litre inline-four turbo-diesel engine producing 200 PS of power and 441 Nm of torque. Both engines are mated to an 8-speed automatic gearbox. The SUV is also expected to be offered with an all-wheel-drive system.

The updated Hyundai Palisade will be presented at the New York Auto Show on the 13th of April, and more details will be announced at that time along with its pricing.