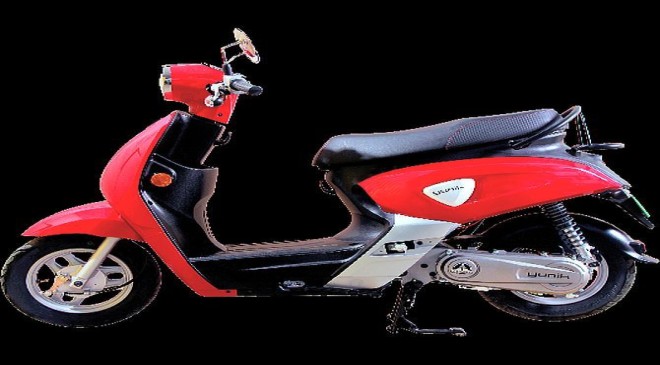 In 2019, three chemists, two Americans and a Japanese, won the Nobel Prize for Chemistry. John B. Goodenough, M. Stanley Whittingham and Akira Yoshino won the prize for their pioneering work in a field that has enabled modern life today — the development of lithium-ion batteries.

From mobile phones and laptops, to children’s toys, and in the context of this article, electric vehicles, lithium cells power the modern world. By virtue of being the lightest metal, lithium cells are several degrees of magnitude lighter than other types of batteries, allowing them to store much more energy per unit of weight. You see this in mobile phones which compete for both lightness as well as extended battery life.

But if it is so sophisticated, then why are you hearing of so many electric scooters all over India catching fire? Is it to do with the inherent instability of lithium-ion cells?

The pioneering work done by the three electro-chemical researchers mentioned above is primarily related to not just converting theory into practical reality but also managing to ‘tame’ lithium, which by its very nature is unstable. Their research and that of hundreds of other scientists took decades, but today’s lithium-ion cells are incredibly safe. Think about it, there are lithium cells all around you and while fires on mobile phones and laptops are not unheard of, they are exceedingly rare.

So looping back to the question, what has gone wrong on these electric scooters?

The first thing to understand is that electric vehicles, whether they are two-wheelers or cars, have a much higher energy load when discharging (or even charging) than mobile phones or laptops. A very high load puts obvious stress on the battery. This makes the battery heat up significantly, and therein lies a problem. Lithium cells, particularly the lithium-NMC cells (NMC stands for Nickel-Manganese-Cobalt) that are primarily used on electric vehicles have a thermal stability issue. That is, if the cell cannot cool down sufficiently, it could suffer from a condition known as thermal runaway.

The simplest analogy to compare this condition to would be a heatstroke. When your body can’t dissipate heat sufficiently, you could collapse and in a worst-case scenario, even die. Similarly, if a lithium-ion cell can’t dissipate heat fast enough, it could expand, damaging itself and in this worst-case scenario, catch fire. This condition is made worse by the operating conditions of electric vehicles in the Indian summer — 40-50 degree ambient temperatures do not allow for sufficient cooling, particularly the air cooling systems on electric scooters in India, and make a bad situation worse.

Electric vehicles of all types need multiple cells in their battery packs, hundreds of cells on scooters and thousands on electric cars. If one cell catches fire, it could lead to a chain reaction in the cells around it leading to an inferno of the sorts you have seen on the viral videos doing the rounds on social media.

However, this should not happen. Mahesh Wagle, co-founder and director, Cybernetik, a Pune-based Industrial Automation company that looks at solutions for electric vehicles, said that a well-manufactured lithium cell which is coupled with a good Battery Management Software (BMS) can easily operate at temperatures of up to 120 degrees centigrade. For reference, the typical internal combustion engine car, where there are thousands of little explosions taking place every minute, runs at between 80-100 degrees centigrade. But the qualifiers used by Wagle are important.

“A cell has to be well-made, unfortunately there are some suppliers out there who may not be making the lithium cells to standard. There is also the issue whether the battery pack is put together by automation or whether it is hand-assembled. When even small amounts of imperfections get into a battery pack it could lead to a problem,” Wagle said. And then, there is the factor of BMS. On most electric vehicles, a BMS with an array of sensors that measure everything from the temperature of various parts of the battery pack, to ambient temperatures and operating conditions, should be able to isolate parts of the battery pack well before any problem can occur.

Weirdly enough, the rush of manufacturers into the electric scooter space, many of whom are simply assembling Chinese-made kits in India, have seen not only lithium cell standards compromised but also a lack of good BMS software on many products. “Whenever a new technology comes out, there will be problems, this happened with the airplane as well,” Wagle mentions. “There will be a steep learning curve, but the industry will learn from these experiences and there will in all likelihood be a shake-out of manufacturers as the industry matures.” He says that lithium-ion batteries are still exceedingly safe, and those that follow the AIS 156 standard, which is an optional best practice standard established by the Automotive Research Association of India (ARAI), should have no issues at all. “There will still be failures, just like there are even today on Internal Combustion Engine vehicles, but it will be a very, very low failure rate that we can accept as a society.”

Which is why the government’s plan to corral the industry by mounting an investigation into the recent fire episodes is so important, according to those in the industry. Even in China when there was the first rush of electric two-wheelers in 2017-18, there were several such conflagrations until the authorities cracked the whip. Rising petrol prices have meant that electric two-wheelers are increasingly economically attractive and it is in the industry’s best interests that this issue gets resolved sooner rather than later.

Most importantly, electric scooters and electric cars from brands that are trying to build a reputation for themselves and those that pride themselves on their software are as safe as scooters and cars that have internal combustion engines.