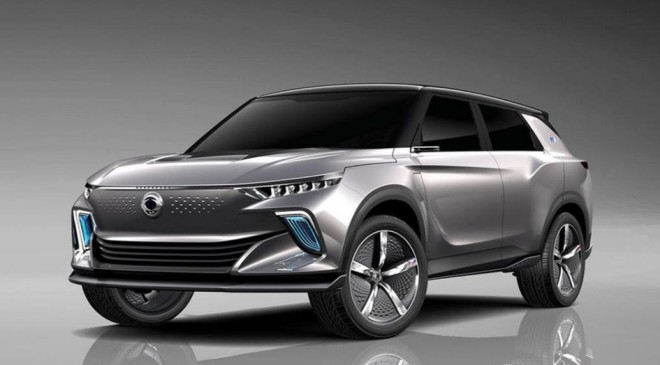 The Mahindra electric vehicle in the new teaser has a cockpit-like interior, with LEDs running from the centre console to the driver’s side door, and a rotary knob and bulky lever are seen in the centre console.

In India, Mahindra was the first major Indian manufacturer to introduce electric vehicles, with models such as the Reva, E2O, and E2O Plus being among the first to hit the market. Today, Mahindra & Mahindra may have slipped behind in the EV industry as Tata Motors and MG Motor have the two largest shares in the Indian EV market, but Mahindra plans to return with not one, but three electric SUV concepts for the Indian market.

It appears as if the interior of the electric vehicle depicted in the new teaser has a cockpit-style appearance, with LEDs running from the centre console to the driver’s side door, while a rotary knob and bulky lever can also be seen in the centre console, possibly representing the drive selectors. The teaser also shows that the prototype SUV has bucket seats with wraparound headrests.

The video shows alloy wheels with a fashionable and contemporary design, as well as rear-view cameras in place of ORVMs. We can also see a fin-like feature on the cladding towards the bottom of the car, as well as a panoramic sunroof.

A dual-screen layout, like the Mahindra XUV700’s, has been teased in earlier M&M Born EV teasers. LED daytime running lights (DRLs) and taillights (LED taillights) will be mounted on the front and rear of the cars, respectively. Mahindra Advanced Design Europe, located in the United Kingdom, created these concepts electric SUVs (MADE).

Born EVs aren’t the only electric vehicles presently being developed by the Mahindra & Mahindra. It is predicted that Mahindra would introduce the XUV300 and the KUV100-based EVs in India soon.