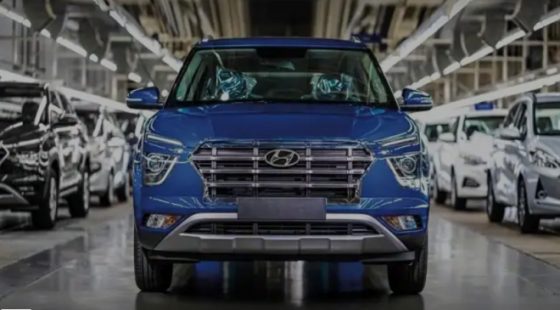 The long-awaited 2023 Hyundai Palisade has finally been revealed. The most major alteration to Hyundai’s full-size SUV was actually unveiled a few days ago when the company leaked the redesigned face of the vehicle in a live stream video preview. Hyundai’s flagship SUV receives a mid-cycle makeover that includes a new external appearance, a redesigned interior, and an array of new amenities.

The new model features a revised grille with a larger, wider, and more upright “Parametric” design, a new LED daytime running light character, more curved headlights, and a redesigned front bumper. Unlike the Hyundai Tucson’s grille, this one does not feature built-in lighting.

Only the new alloy wheel design distinguishes the new Palisade from the pre-facelift model in terms of its side exterior appearance.  Furthermore, the rear end retains the majority of its original design elements, with the only notable exception being the re-profiled bumper. The new alloy wheels feature multi-spoke design and measure 20 inches in diameter.

On the interior, a new steering wheel takes main stage, but the dashboard has also undergone a makeover. Relocation of audio controls has been done away with, and the air conditioning vents have been merged into an appealing strip that runs from the instrument cluster to the door. Speaking of instruments, a “more spacious appearance” has been achieved with the layout of the panel and the addition of new lighting fixtures.

Technology upgrades include Bluelink connected services in their most recent iteration for Palisade. On top of that, the SUV has WiFi hotspot functionality and USB-C connections on the interior. You can now use a 15-watt wireless charging update with the company’s Digital Key 2 Touch technology to charge the smartphone wirelessly even quicker. Side-impact airbags for the rear passengers have become standard equipment. There is a wide range of driver assistance features available, including forward collision avoidance, nav-based smart cruise control, highway driving assistance, reverse collision assist and remote parking assistance.

Read More:-Volkswagen April Discount Offers of up to Rs 85,000 Effective on Taigun, Polo and More

The 2023 Hyundai Palisade is powered by the same powertrain as the outgoing model which is a 3.8-litre V6 engine developing 295 horsepower and 355 Nm of torque and is mated to an eight-speed automatic transmission. The vehicle comes standard with front-wheel drive, while all-wheel drive is an option.