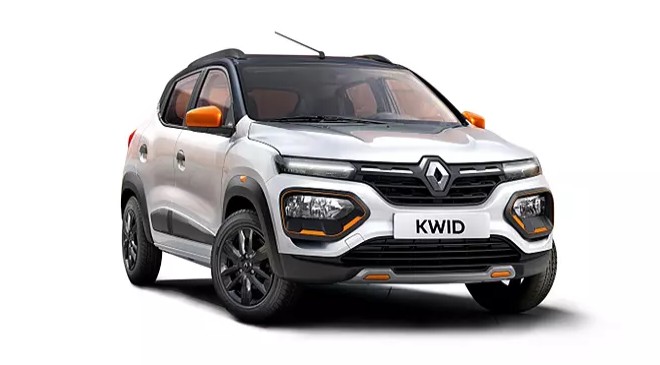 Renault’s all-electric Kwid E-TECH hatchback has gone on sale in Brazil for 142,990 Brazilian Real, or nearly Rs 23.20 lakh in Indian currency. The all-electric hatchback was initially introduced at the 2020 Auto Show as the K-ZE. From now on, the Renault Kwid E-TECH will be the cheapest electric vehicle available in Brazil. It will replace the JAC E-JS1.

Even while it shares many visual cues with the outgoing ICE Kwid, the all-new Kwid E-TECH is distinguished by a few EV-specific design characteristics. The car features a closed-off grille with a chrome garnish consisting of two strips located below the emblem, E-TECH badges, and newly designed alloy wheels.

The Kwid E-TECH’s interior has an electric vehicle-specific instrument cluster and a steering wheel with four spokes. The inside of the EV is quite similar to that of the ICE and gets a 7-inch touchscreen infotainment system and power windows, the Kwid has the same circular gear selector as the India-spec model.

Renault Kwid E-TECH comes with a list of safety features that are much better than the India-spec Kwid. A tyre pressure monitoring system is included in the E-TECH model’s list of standard features along with six airbags, ABS with EBD, electronic stability control and hill-start aid.

Read More:-Volkswagen April Discount Offers of up to Rs 85,000 Effective on Taigun, Polo and More

Renault Kwid E-TECH’s batteries, rated at 26.8 kWh, allow it to go 298 km in city traffic and 265 km on a mixed cycle that includes both city and highway driving. The EV can charge to a range of 190 km in around nine hours using a domestic 220V/20A outlet. According to the French company, the cheapest electric vehicle in Brazil has 65 horsepower and can sprint from 0 to 50 km/h in 4.1 seconds. The vehicle has a curb weight of 977 kg.

The Renault Kwid E-TECH takes 2 hours and 50 minutes to charge from 15% to 80% using a 7 kW Wall-box charger, according to the automaker, although the EV hatchback can attain the same 190 km range in only 40 minutes at a fast-charging station.

Read More:-Plugging into the Future: A paradigm shift for the global automobile industry

For pedestrian safety, the EV comes equipped with Auditory Vehicle Alert System (AVAS), which delivers an audio warning to pedestrians until the vehicle reaches 30 km/h.