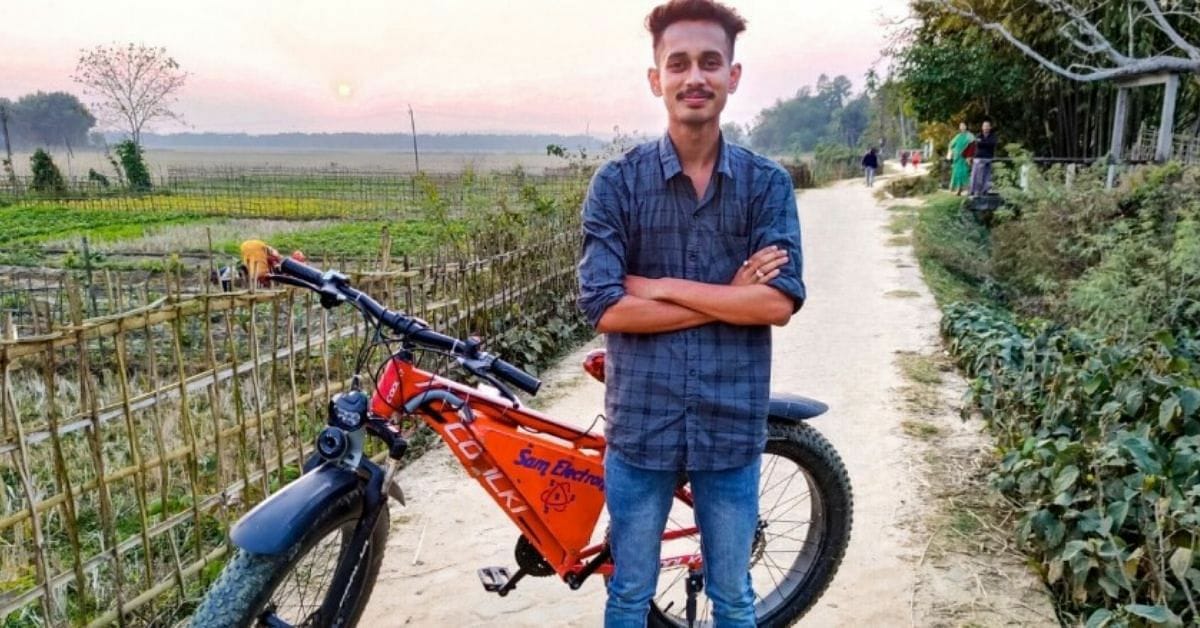 Samrat Nath from Assam’s Karimganj district has developed a ‘theft-proof’ Electronic bicycle (E-bike) by using modern sensors and installing location tracking systems to it. This e-bike is powered by Lithium-ion batteries recycled from used laptops.

This e-bike offers a range of 60-km on a single charge with a speed of 40 km per hour. “I have invented the smarty e-bike to escape from theft. It has great security features. If anyone tries to steal my bike then a message will immediately pop up on my smartphone and the theft alarm on the bike will start ringing,” said Nath.

He has also installed a fingerprint feature to add extra security to his bike. Nath is a student of Technology in Assam Rifles ITI and it was his childhood dream of creating a bike on his own. He said that he came up with the idea to develop such an E-bike in 2016, while he was studying in class eight. “It was my childhood dream to make an e-bike. Finally, my dream has come true and I could finish it in four years after learning Coding,” he said.