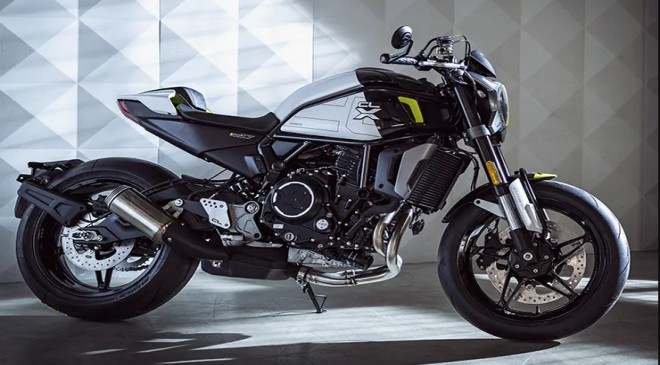 – The baby EV has been recently type-approved in China

– CFMoto has named it Papio

– Will be launched very soon

CFMoto’s upcoming electric minibike has been type-approved in China and it seems like the official launch is around the corner. Papio is what the baby EV will likely be named and it’s based on its petrol-powered counterpart.

The leaked details suggest that the CFMoto Papio EV could be a 125cc equivalent in terms of power. It packs a 5kW motor which will likely be mated to a 72V battery. The range and other specifications are yet to be revealed.

The electric Papio gets a quirky design with its projector headlamp flowing body panels. It gets a single-piece seat and fairy modern equipment too. From the digital instrument cluster to the USD forks and disc brake, the CFMoto EV could offer a decent value for money.

Read More:-Royal Enfield Electric Bike Range Likely to Debut By 2023 – Here’s All You Need to Know

However, the official unveiling is yet to happen so the pricing, availability and other details are yet to be known. Given CFMoto’s deal with KTM, the Austrian bikemaker too could benefit on the EV front.