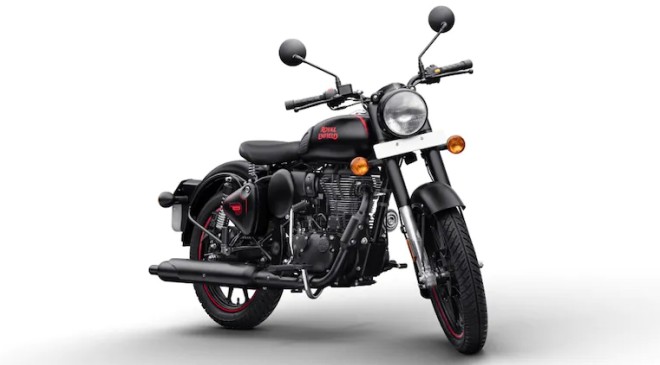 Royal Enfield’s Classic 350 has been ruling the hearts of Indian bikers since its launch back in 2008. With a distinct engine thump and deep exhaust note, the retro motorcycle is often the favourite ride for many to dominate the roads. The Classic 350 was inspired by the 1948 Royal Enfield Model G2 which was the first production motorcycle to have a swinging arm rear suspension. The bike underwent significant changes both in terms of design and performance through the years. But, what did not change was the massive popularity that it enjoys in the Indian market.

According to the February 2022 sales figures, the Royal Enfield Classic 350 topped the charts among other bikes between 200 and 500 cc capacity. The classic was followed by its siblings namely Bullet 350 and the new Meteor 350.

The Redditch series model is the entry-level Classic 350 which is equipped with a rear drum brake and is priced at a starting Rs 1.84 lakh. The Halcyon model, meanwhile, gets dual-channel ABS and disc brake and has been priced at Rs 1.93 lakh. The Signals variant is priced a bit higher at Rs 2.04 lakh and the Dark series model, with alloy wheels, has a price tag of Rs 2.11 lakh. The top variant, which happens to be the Chrome series model, has a starting price of Rs 2.18 lakh.

Royal introduced the new Classic 350 with a number of colour scheme options that vary for the different models. The Redditch series is available in grey, red and Sage green while the Signals models come in Desert Sand and Marsh Grey colour scheme. The Dark series models have been finished in Stealth Black and Gunmetal Grey. The Halcyon models are offered in Black, Green, and Grey.

The new Classic 350 is powered by a 349 cc single-cylinder, 4-stroke, air-oil cooled engine. It can produce a maximum torque of 27 Nm at 4000 rpm and a maximum power of 20.2 bhp at 6100 rpm. The engine has been mated with a 5-speed gearbox and helps the bike clock a top speed of approximately 120 kmph. The motorcycle has been equipped with electric start.

The bike has a teardrop-shaped fuel tank with a capacity of 13 litres and manages to return 35 to 40 kmpl. In terms of features, the Classic 350 gets an analogue speedometer along with a small yet functional LCD display. The Classic 350 has a kerb weight of 195 kgs with 170 mm ground clearance and 805 mm seat height.