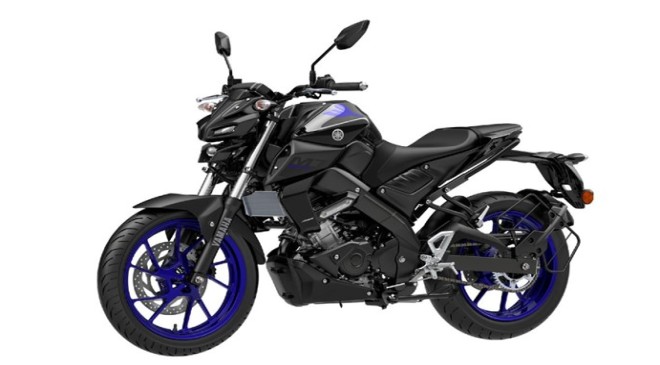 Yamaha has unveiled the 2022 iteration of the XSR125 in the U.K. market. The XSR125 Legacy Edition is the updated version of Team Blue’s beginner-friendly neo-retro roadster, and it costs GBP4,950 (about $6,300 USD). The bikes will be offered in dealerships all over the United Kingdom starting in June, 2022. In the Asian market, the bike is available in the XSR155 version, which has yet to receive the styling update.

The Yamaha XSR125 is modeled after the popular MT-125 naked street bike and was released in Europe last year. With an engine capacity of 125cc, and a peak power rating of roughly 15 horsepower, it was designed to meet the licensing requirements of beginner motorcyclists in the region. The 2022 XSR125 Legacy Edition boasts enhanced aesthetics over the previous model, but remains unchanged in terms of power and performance.

For 2022, the Yamaha XSR125 gets new color schemes, wire-spoke wheels with gold rims, and Metzeler Karoo tires, setting itself apart from the rest of Yamaha’s XSR model range. As a result, the new bike has a tougher, scrambler-esque appearance as opposed to the previous model, which flaunted a more road-oriented cafe-racer design. The spoked wheels with dual-purpose rubber further adds to the bike’s neo-retro appearance. The exhaust system has been modified as well, and it gets a bulky muffler, likely done to comply with ever-tightening emissions restrictions, too.

The gold pinstripe and Yamaha insignia on the gas tank stand out well against the gleaming black paint. Aside from that, the new XSR125 Legacy Edition maintains all of its predecessor’s stylistic hallmarks. To make things even better for the enthusiast market, Yamaha intends to offer a variety of in-house aftermarket accessories with the new XSR125, including a swanky Akrapovic exhaust system, tank pads, a windshield, and a variety of other add-ons.

The XSR125 Legacy Edition shares the same engines and underpinnings as its predecessor. It uses the same 125cc liquid-cooled single-cylinder engine as the MT-125, which produces 14.8 horsepower. It then The engine sends power to the rear wheel using a six-speed manual transmission. The frame is still a light deltabox-style beam frame, which looks fantastic with the retro design. The 2022 XSR125 Legacy Edition has the same 37mm upside-down forks and preload-adjustable mono-shock setup as the previous model.