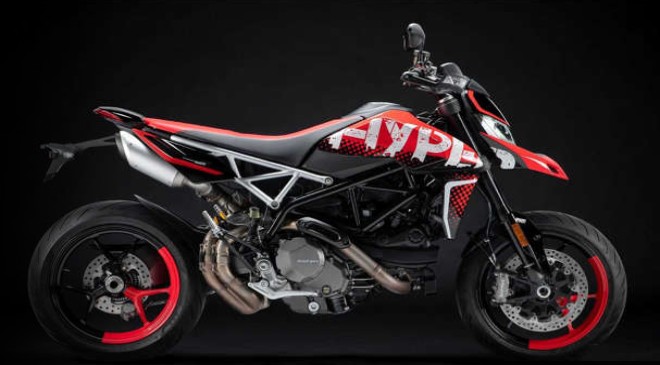 That unique Graffiti livery gets a second-generation for fans.

Did you love the look of the Ducati Hypermotard 950 RVE, but miss out on its initial release? That’s OK, there was a lot going on in 2020. If that’s one of your bikes that got away, we have some good news for you, straight from Ducati North America. A special second-gen edition of the Hypermotard 950 RVE is about to roll out into U.S. showrooms in 2022.

As a second-gen version, it does include that fantastic Graffiti livery, which originally made its debut at the 2019 Concorso d’Eleganza Villa d’Este show on the shores of stunning Lake Como, Italy. At the time, it was only a concept developed by Centro Stile Ducati, but it was greeted with resounding enthusiasm. Impressively, the design didn’t change much between concept and the eventual 2020 introduction of the first-gen Hypermotard 950 RVE. Fans very much appreciated this fact, since it’s not often you see concepts move into production relatively unscathed.

The second-gen Ducati Hypermotard 950 RVE once again slots neatly in between the base Hypermotard 950 and the 950 SP. It’s powered by that beautiful 937cc Testastretta engine, which makes a claimed 114 horsepower at 9,000 rpm and 71 pound-feet of torque at 7,250 rpm. According to Ducati, around 80 percent of the 950’s torque is available in the 3,000 to 9,500 rpm range, making it extremely easy and fun to tap into while riding.

Suspension duties are performed by a fully-adjustable 45mm Marzocchi fork and Sachs monoshock setup. Braking duties fall on the capable pairing of twin Brembo M4.32 four-piston radial monoblock calipers up front (with 320mm brake discs), as well as a single two-piston Brembo caliper in the rear (with a 245mm disc). If you’re looking for Ducati technology, the second-gen Hypermotard 950 RVE comes with traction control, wheelie control, Bosch cornering ABS, and an up/down quickshifter to make your riding life that much easier.

Back to the Graffiti livery, though. It’s beautiful, but it’s also an extremely laborious process to create—which is why Ducati says it’s only making 100 more of them. Layers of extremely thin decals must be applied in phases, with appropriate processes followed and time managed to get everything to look as it should. The end results certainly seem worth it, though.

If you’re itching to get your hands on one, this U.S.-only second gen Hypermotard 950 RVE should roll into American showrooms in late May, 2022. The MSRP will be $15,695, and it will only be available for presold orders. So, if you want one, you’d better talk to your local Ducati dealer ASAP.

That unique Graffiti livery gets a second-generation for fans.