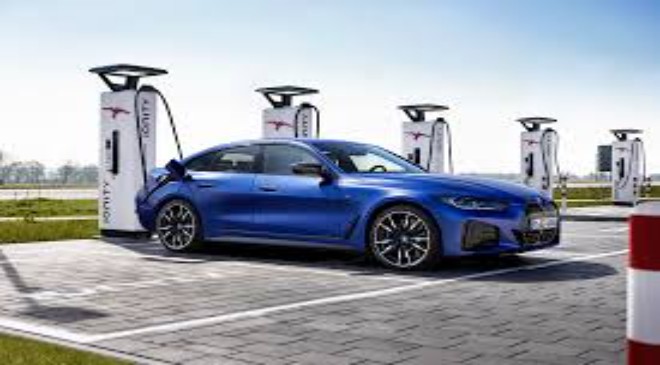 In an effort to introduce more electric vehicles, BMW has unveiled the i4 for the Indian market. The company had recently showcased and launched the BMW iX and Mini Cooper SE in the country. This makes the i4 their third fully electric product launch in India in 2022. Here are five things that you should know about this upcoming Gran Coupe.

The very first thing that might be curious about is the launch date. Officially, the BMW i4 is set to launch on May 26, 2022. Internationally, the car was launched in November last year and now it will be making its way to India.

Based on the 4 Series

BMW enthusiasts will immediately be able to spot the similarity in design between the i4 and the 4 Series sedans from the German carmaker. The similarities are there because the i4 is essentially an electric version of the 4 Series. So, while we do not get the 4 Series in India, we will soon have the electric version of the car. The i4 will also be a five-door vehicle and allow space for five to sit inside. The front of the i4 adorns the same large kidney grille that is also seen on its ICE counterpart.

BMW claims that the i4 eDrive40 model will have a claimed range of 590km per charge. This is definitely more than what many other EVs in India can offer. Once charged, the i4 should be good enough for not just a daily run to the office, but also for long highway jaunts. On top of this, the car will also come with regenerative braking which will further aid the recharging process. The M50 variants, however, have a range of 510km, which is still plenty for most cases.

As for charging, the cars can be completely charged in 8.25 hours when using the 11kW home charger. The i4 also supports 200kW DC fast charging that takes the car from 10-80 per cent in 31 minutes. Apart from this, the eDrive 40 can be charged for ten minutes to gain a range of 164km and the M50 will give a range of 140km in the same time frame.

Being an all-electric BMW, the i4 comes loaded with features on the inside. On the dashboard, one will be able to spot the dual screens, housed in one seamless panel. There is a large 14.9-inch touchscreen infotainment screen and a 12.3-inch digital instrument console. It comes with BMW’s iDrive 8 system and supports voice and gesture commands. Ambient lighting, three-zone climate control and ventilated seats are some more features that the car comes with.