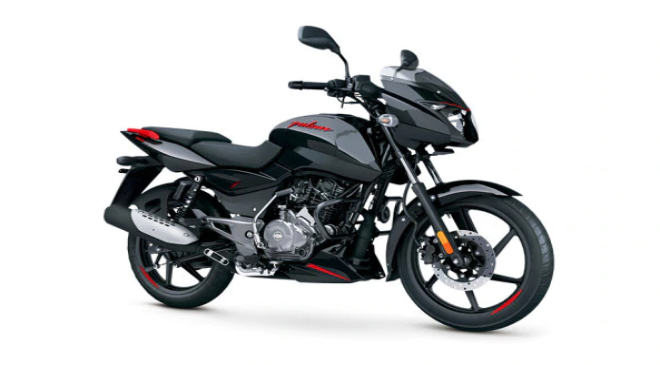 – Gets smaller components hinting at a 125cc offering

It seems that Bajaj could be working on a new upcoming Pulsar as its test mule has been recently spotted testing. Going by the looks of it, the test mule seems to be a 125cc, here’s why.

The styling resembles the recently launched quarter-litre twins. While the fascia is similar to the F250, the tank shrouds look like those from the N250. However, the engine seems to sport an air-cooler sans the oil-cooler. Apart from that, other components like skinnier tyres and smaller brake discs also hint that the new offering could range between 125cc to 150cc.

Taking a look at the motor, its size seems to be smaller than the one used for the F250 and N250. The test mule also features a heel shifter which further indicates that it could be a 125cc offering. Overall, the bodywork seems to be finished and the bike could head to the production line very soon.

While Bajaj hasn’t made any announcements yet, it recently trademarked the names – Elan and Eleganz. So, the new incoming model could benefit from the two names.