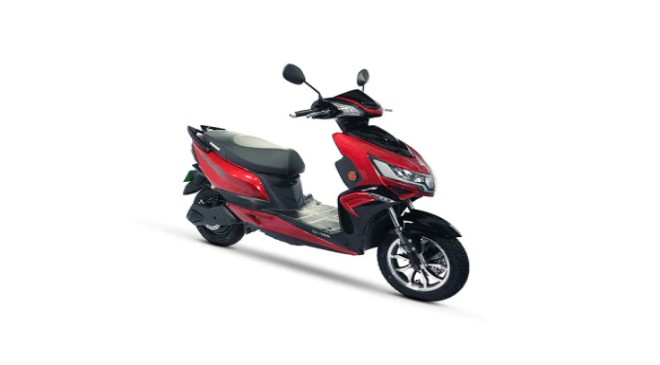 Induction date: January 2022 Starting Km: 35km Km to date: 977km Monthly running cost: Less than my monthly Netflix subscription The Okinawa dealership that we got our LT i-Praise+ from has demanded that the scooter be returned immediately. So our stint with the scooter has ended rather prematurely. Let’s start with the not-so-good bits. Yes, there have been a couple of issues that have cropped up with the i-Praise+ since I last wrote about it. There are some bolts which hold the plastic covers to the swingarm that have come loose and rattle a when I hit a bump which doesn’t sound very classy. Thankfully as it turns out, it’s nothing that a number twelve spanner can’t fix. However there’s a little more complex problems that have cropped up as well. There’s now a low audible whine from the motor on acceleration, and even a certain clunk from the drive when you roll back on the throttle after coasting. So a service is definitely due. Alas, the most alarming bit that I faced with the scooter to date is with regard to its seat locking mechanism which has failed. Drop the raised seat down and there’s a click, which would imply that it’s locked, right? Wrong. A little yank upwards gives you access to all that lies beneath, including that expensive battery and you don’t even have to have the the key slotted in.

Sadly I won’t have the time to rectify these issues and let you know how that went now that the scooter has been returned in a hurry. But in retrospect, I had some really enjoyable times with this scooter as well. And that’s what I’ll remember the i-Praise+ mostly for. It’s just so easy, convenient and cheap to run. Every time I went past a petrol bunk, I had a big smile on my face knowing that I didn’t have to shell out almost Rs 120 for a litre of dino juice – which is pretty much daylight robbery if you ask me. But anyway, most importantly, the Okinawa electric is a really fun scooter to ride. Acceleration is exciting and the best part is that the fun doesn’t stop once you hit about 30kmph. want to get ahead of crawling traffic? The i-Praise+ doesn’t make you wait a long time to reach speeds of around 60kmph so overtaking cars out on the intercity highway was easy. Another nice feature of the scooter was that it would only recharge when you employed the brakes, which meant that you could coast in peace once you roll off the throttle without decelerating. It somehow felt nice to not be accelerating or braking all the time. It was a real thrill to ride this scooter in and around town while running errands and even I even enjoyed taking her our to just get some fresh air. Apart from the slightly odd ergonomics, the scooter is a quite comfortable ride over short distances and there wasn’t really a time when I’d think ‘this isn’t how I want to get there’.

Just wish there were proper pull-out footrest for the pillion. Then my ears would have been a little more at ease I suppose. I’d love to have seen a lighter removable battery as well – at almost 23kgs, I’d never fancied lugging it around very often, so even though it’s detachable, I didn’t want to take it places to charge. The app could be a lot better too. It would be nice to check the available battery charge percentage on the app, but that’s not an option. You only have the bars on the scooters display to check up on the battery charge, which does tend to be a little tricky if you have some place to be, switch it on to find that it’s a bar or two lower than what you were expecting to see. Well, anyway, there were more positives than negatives with the Okinawa electric. By the end of it, I was quite surprised to see the good number of kilometers I covered in the city in such a short amount of time. It was definitely fun while it lasted.