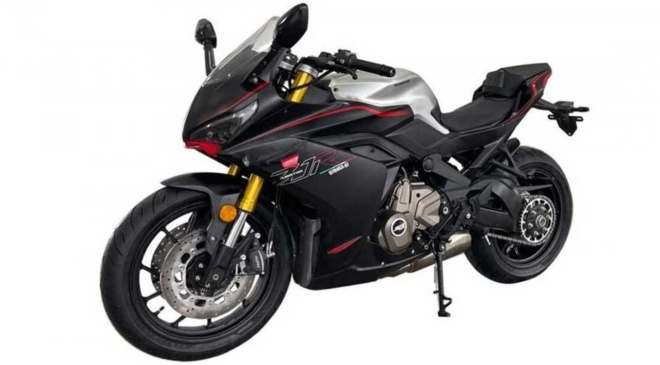 These bikes have an engine that’s eerily similar to that of a certain Japanese manufacturer.

Chinese motorcycle manufacturer QJ Motor has made a name for itself not just in China, but across the globe as well. The brand, which is under the same umbrella company as Benelli, QianJiang Motors, has recently announced its intentions to enter the European market with QJ Motor-branded bikes. Previously, only Benellis were available outside of China, with the Italian brand seeing much success in terms of sales.

Frankly, QJ Motor’s move to enter the global market isn’t really too surprising. We’ve seen the company take steps in bringing its brand to the global spotlight. For instance, QJ Motor has sponsored a racing team in this year’s season of Moto3, with its logo on full display on the race bikes. While very few people outside the motorcycle enthusiast circle, if at all, know of QJ Motor, this is likely about to change, as the company is well and truly ready to enter the European market in the middle of 2022.

We previously talked about its entry-level offering in the form of the SRK 400. Meant to lock horns with the likes of the KTM 390 Duke and Kawasaki Z400, the SRK 400 takes the form of a lightweight naked streetfighter. Moving up the model range, we find the SRK 700, a bike that’ll come in two flavors—a sportbike and a naked street bike. It’ll come with a 693cc parallel-twin engine, and dish out around 74 horsepower. What’s interesting is that the engine bears similar characteristics to that of Kawasaki’s 650 range of parallel-twin equipped engines.

Now, the practice of Chinese companies reverse-engineering the engines of established Japanese and European brands is nothing new. While the 693cc, liquid-cooled, fuel-injected, 180-degree crankshaft-equipped parallel-twin engine we find on the SRK 700 is very similar to that of Kawasaki’s 649cc unit, it isn’t identical. You see, Qianjiang has made a few mechanical tweaks, such as upping the displacement and revising the engine cases, perhaps to deliver a tad more performance and give the bikes a more unique look. A similar engine bearing the same displacement can be found in fellow Chinese manufacturer CFMOTO’s 700 CL-X models.

Given the QJ Motor SRK 700’s performance and features list, it’s certain that the sport and naked versions of this bike will serve as more affordable alternatives to their mainstream rivals such as the Yamaha YZF-R7 and Kawasaki Z650. The bikes’ running gear seems pretty premium, too, with dual disc brakes, inverted front forks, and LED headlights all standard. Whether or not these new players from the East have what it takes to shine in the highly competitive middleweight segment remains to be seen, though.