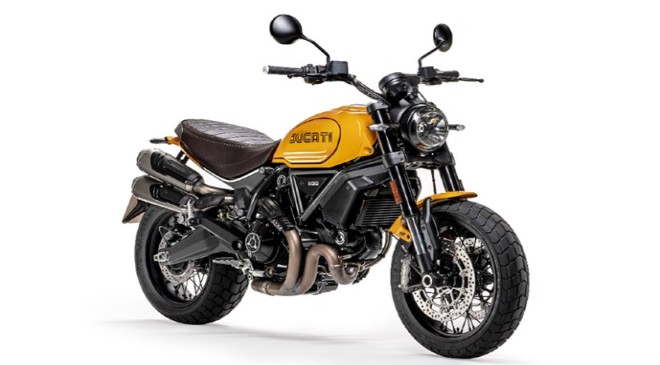 A VW plant will assemble knocked-down Scramblers for sales in the local market.

On May 5, 2022, Ducati officially announced a new agreement with Volkswagen Group Argentina to commence assembly of certain Ducati motorcycles in Córdoba, Argentina for the local market. The Córdoba Industrial Center facility workers are expected to begin assembling completely-knocked-down (CKD) bikes sometime before the end of 2022.

What bikes are we talking about? Ducati says that it’s planning to start with the Ducati Scrambler Icon, which makes sense since the Ducati Scrambler range has so far proved to contain the most popular Ducati models among Argentinian bike buyers. There are currently seven Ducati dealerships located throughout Argentina, which sell the full lineup of Ducati and Ducati Scrambler motorcycles.

“The Argentinian motorcycle market is very interesting, Ducati has a strong positioning in this country in which over the years we have been able to achieve excellent results, both in terms of volumes and market share” Ducati global sales and after-sales vice president Francesco Milicia said in a statement.

“In Argentina, we can count on a great collaboration with the Volkswagen Group which distributes our bikes, and it is also thanks to this strong relationship that we are able to take this important step which will help to strengthen our position in this market even more,” he added.

Why Ducati and the Volkswagen Group? For those unfamiliar, Audi AG—which also owns Volkswagen—purchased Ducati back in 2012. Although both Ducati and Volkswagen have nestled under the same Audi AG umbrella for the past decade, this is the first such deal that the group has enacted since they first came together. It also marks only the third Ducati factory in the world located outside of Italy, with its other facilities located in Brazil and Thailand.

“Starting to assemble Ducati motorcycles in Córdoba is a great joy, since Volkswagen Group Argentina will be the first VW Group subsidiary in the world to do so,” he concluded. It’s unclear whether there are any plans for other VW subsidiaries to do the same going forward, but hopefully this deal results in greater benefits for Argentinian riders.