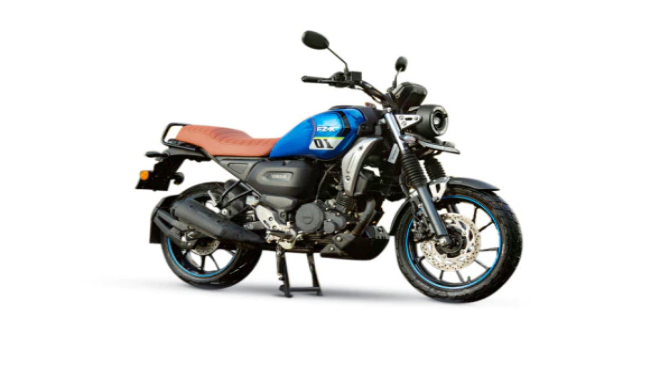 Eimor Customs modified Yamaha Libero is a fitting example of a combination of modern styling on a retro motorcycle, something that we generally see on a Royal Enfield bullet.

Most motorcycle enthusiasts are fans of the classic bikes on the market; nothing makes a collection better than bikes like an old Rajdoot, a Bullet or a Jawa. Along the same lines, Yamaha Libero is one of the most collectable bikes out there. However, the already good bike can be made better. Acting on the same desire, Hyderabad based Eimor Customs modified Yamaha Libero into a ravishing mechanical beauty.

The customisation on the Libero is inspired by another one of the collectables named RX100. For those of you not familiar with the name, it was one of the benchmarks for performance bikes in India, launched in 1985. The motorcycle still stands as one of the top favourites of the enthusiasts.

Talking about the motorcycle’s looks, the bike gets the original matte black steel rims covered with chunky tires. The matter black replaces the silver elements of the rims perfectly. The scheme continues to the rest of the bike by either replacing the silver elements with black or removing them together. The motorcycle further gets black fenders with a Yamaha logo sticker on the green tank, complemented by yellow and black pinstripes.

The front forks are fitted with aftermarket turn indicators on both ends. A mesh-style guard has been added to a new round headlamp on the motorcycle. The motorcycle’s original instrument cluster has been replaced with twin-pod units. This is most likely a unit from the Yamaha RD350. The motorcycle’s handlebar has been modified and now includes bar-end mirrors. The motorcycle’s switchgear has also been altered.

The looks of the engine on the bike have been changed though it is the original engine. It is powered by a 106-cc, single-cylinder, 4-stroke engine that produces 7.7 bhp and 7.8 Nm of torque.

The bike also gets an engine protective plate. The chain cover has been removed, revealing a metal tyre hugger at the back. This motorcycle’s seat is a one-of-a-kind creation. The seat is made of leather and has diamond stitching. It will have a design similar to that of Cafe racers. The rear custom fender extends slightly past the seat and has aftermarket tail lights. The back tyres are exposed, and the turn indicators are right next to the taillight.

Overall, the bike retains its retro look with a bit of modern and appealing elements. The bike can be perfectly described as a smooth transition between the 80s and modern times.