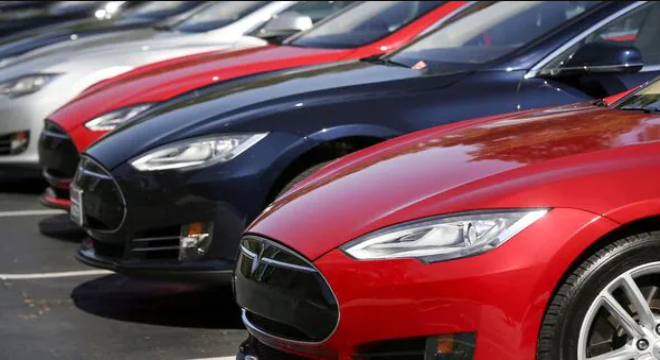 Cases of road rage are common on busy highways, where everyone wants to get ahead of the other cars. In the recent update, in a road rage incident on the roads of Los Angeles, California, a Tesla Model Y owner got threatened with a gun pointed at him. The incident was captured by the victim’s Model Y’s camera while the driver of a Mercedes-Benz was threatening him.

The Mercedes-Benz owner pointed the gun at the Tesla owner reportedly because his constant honking aggravated the man with the gun. The incident came to light because of the video shared on YouTube by a channel named Wham Baam Dangercam. In the video, the Model Y owner Zach can be seen crossing through a junction in LA where he passes in front of the Mercedes-Benz, which showed up out of nowhere.

Furthermore, the Mercedes-Benz which seems to be a model from the 70s can be seen breaking a red light and intercepting the path of the Tesla Model Y. Despite the fact that the Mercedes stayed in the right lane throughout the manoeuvre and Zach appears to be in the left, the Mercedes did not genuinely cut off or almost collide with the Model Y.

He did, however, run the red light and illegally turn in front of Zach, which took Zach by surprise because he wasn’t expecting a car to come out in front of him in that manner. Zach sped past the car, honking his horn. Which probably aggravated the Mercedes-Benz driver.

When both vehicles came to a halt at a traffic signal, the Mercedes owner decided to show his anger with Zack by bringing out his gun and aiming it at the Tesla driver. Fortunately, no one was hurt because the Mercedes driver did not fire any guns.

Zach did not report the incident to the authorities, according to Wham Baam Dangercam, claiming that his camera did not capture a decent image of the licence plate. The gunman is clearly visible in the video, as is the car, which is likely to be easy to identify due to its distinctive model/age and identifying details, such as the missing trim on the driver’s side door.