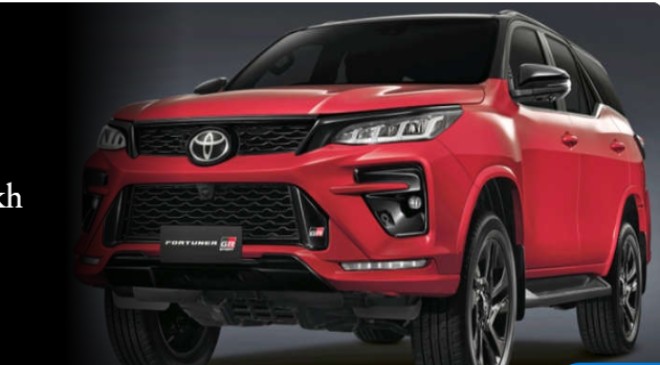 Toyota Kirloskar Motor has launched the new Fortuner GR Sport in India at INR 48.43 lakh, ex-showroom. The new Toyota Fortuner GR (Gazoo Racing) Sport is based on the Legender trim of the Fortuner and the latest launch will make it the flagship variant of the Fortuner in India.

Gazoo Racing is Toyota’s performance/motorsport brand, a well-established name in the world of Rally Raid (Dakar) and other motorsport events globally. Gazoo Racing has added a few mechanical touches to the new Fortuner GR Sport, including a tweaked suspension setup.

Visually, the new Toyota Fortuner GR Sport gets revised bumpers with new housings for the fog lamps, a revised front grille, modified air dams, and blacked-out alloy wheels and mirrors. The blacked-out theme is found in the interior too, in the form of black upholstery and red inserts to highlight the sportiness of the SUV. The Fortuner gets the GR badges as well.