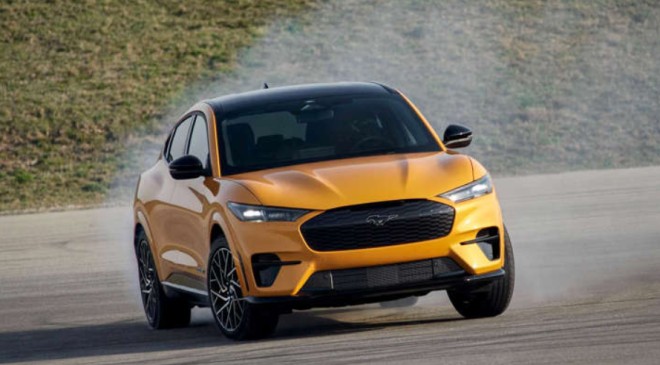 Ford in September last year announced that it would stop vehicle production at its two plants in the country as part of a restructuring exercise, and said it is exploring other alternatives for its manufacturing facilities at Chennai and Sanand in Gujarat.

Despite receiving government clearance for production-linked incentives, Ford has cancelled ambitions to build electric vehicles in India for export. The business in September last year said that it would halt producing vehicles at its two plants in the country as part of a restructuring exercise, and said it is looking into other options for its manufacturing sites in Chennai and Sanand, Gujarat.

As part of the ongoing business restructuring in India, Ford has continued to explore possible alternatives for its manufacturing facilities. This included applying for the production-linked incentives scheme, which allowed us to explore utilising one of the plants as a potential EV manufacturing base, a Ford India spokesperson said.

“After careful review, we have decided to no longer pursue EV manufacturing for exports from any of the Indian plants. We remain grateful to the government for approving our proposal under the Production-Linked Incentives and for being supportive while we continued our exploration,” the spokesperson added.

Ford was among the 20 automotive firms, along with the likes of Tata Motors, Suzuki, Hyundai, Kia and Mahindra & Mahindra, that got approval for the Rs 25,938 crore Production-Linked Incentive (PLI) scheme for the automobile industry in February this year.

On the future of the company’s two plants, the spokesperson said, “Ford India’s previously announced business restructuring continues as planned, including exploring other alternatives for our manufacturing facilities. We continue to work closely with unions and other stakeholders to deliver an equitable and balanced plan to mitigate the impacts of restructuring.”

The company has been reported to be in talks with homegrown auto major Tata Motors to sell its Sanand plant while it is scouting for buyers of the Chennai plant.

Read More:-Top 5 reasons motorcycles are better than cars; Here’s why you should choose them

Last year, after nearly three decades of struggling to make a mark in India, Ford Motor Co decided to stop vehicle production at its two plants in the country and sell only imported vehicles going ahead as part of a restructuring exercise.

The company, which invested about USD 2.5 billion at its Chennai (Tamil Nadu) and Sanand (Gujarat) plants, has incurred losses of over USD 2 billion in India.
As per the plan, the vehicle assembly in Sanand plant was stopped by the fourth quarter of 2021 and, vehicle and engine manufacturing in Chennai will be stopped in the second quarter of 2022.

It will, however, continue to manufacture engines from its Sanand plant which will be exported to the company’s global operations.