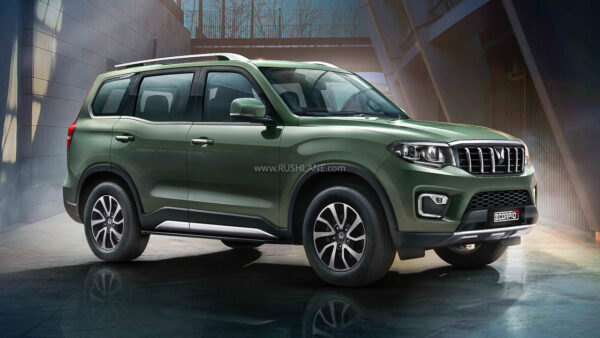 The Mahindra Scorpio-N is ready to hit the Indian market. The global unveil will happen next month, followed by its launch in the coming months. The buzz around the upcoming Mahindra is strong, and people are excited to know about the new Mahindra Scorpio-N’s crash test rating. While the carmaker is silent on all the questions related to its forthcoming vehicle, Mahindra Group’s chairman – Anand Mahindra, however, has commented on the safety rating of the Scorpio-N. The chairman took it to Twitter when a Mahindra patron asked about the car’s safety rating.

He tweeted, “Rohit Shetty ji, is gaadi ko udaane ke liye aap ko ek nuclear bomb ki aavashyakata hogi.” While Anand Mahindra has not been very clear about the crash test rating that the new Scorpio-N has received, he has cleverly given a hint at the car’s build quality. Also, in another teaser of the upcoming Mahindra Scorpio-N, the automaker is quoting, “The New Mahindra SUV Makes Even Crash Dummy Feel Safe.”

All of these statements hint at a 5-star crash test rating for the new-gen iteration of the SUV. The Scorpio-N is supposed to come loaded with a slew of safety features. The list is likely to include multiple airbags, 360-camera, traction control, electronic stability program, reverse parking sensors and more. If at all Mahindra decides to go the XUV700 way, the new Scorpio-N will further feature ADAS tech.

Talking of specifications, the vehicle will supposedly be hitting the market with two engine choices – a 2.0-lite mStallion turbo-petrol motor and a 2.2-litre mHawk turbocharged diesel engine. Buyers will have the option to settle down with either a 6-speed stick shift or a 6-speed automatic gearbox. In the new rendition, the SUV will continue to boast great offroading credentials with the optional 4×4 drivetrain, comprising a low-ratio gearbox, transfer case, and a locking rear differential.