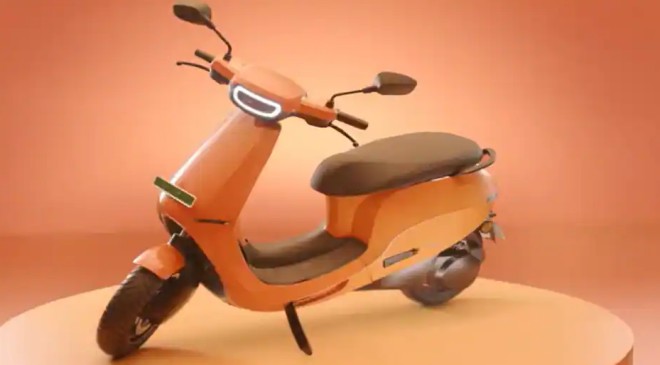 Ola electric CEO Bhavish Aggarwal has announced to gift users a free Gerua Ola S1 Pro electric scooter, but there’s a catch on how you can get it.

Ola Electric has offered free Gerua Ola S1 Pro electric scooters to consumers who can achieve a range of 200 km on a single charge. The announcement came from the company’s CEO Bhavish Aggarwal via his Twitter handle. It is to be noted that earlier, the company’s CEO had gifted a new electric scooter to a man for accomplishing the same feat. Getting into the details, the Gerua scooter was one of the special edition vehicles launched by the company on Holi.

Earlier, Karthik shared some photographs of the feat he achieved, and as seen on the instrument display of the Ola S1 Pro, he rode the scooter for 202 km with an average speed of 27 kmph while reaching a top speed of 48 kmph. Karthik also said that he used the scooter in the ECO mode and rode it through traffic and the highway.

An ecstatic Bhavish Aggarwal, CEO of Ola Electric, shared Karthik’s Twitter post and said, “Karthik, you’re a revolutionary in every sense of the word! You’ve broken records (incl ICE 2ws) by getting 200km range in a single charge on the Ola S1.”

The biggest surprise came when Bhavish stated that he will gift an Ola S1 Pro in the new Gerua colour to Karthik. “As promised, there’s a free Gerua S1 Pro waiting for you,” said Bhavish. “Petrol 2Ws are going to be history soon!” he further added.  Following up on the promise, he later gifted Kartik with a new scooter.

However, this time, Ola has hiked the prices of the S1 Pro scooter by Rs 10,000. The Ola S1 Pro electric scooter is now priced at Rs 1.39 lakh (ex-showroom). Although Ola Electric hasn’t given any reason for the price hike, it can be attributed to the recent rollout of OS 2.0, which is the updated OTA software update being offered to select customers and will be added to all the existing Ola scooters soon.