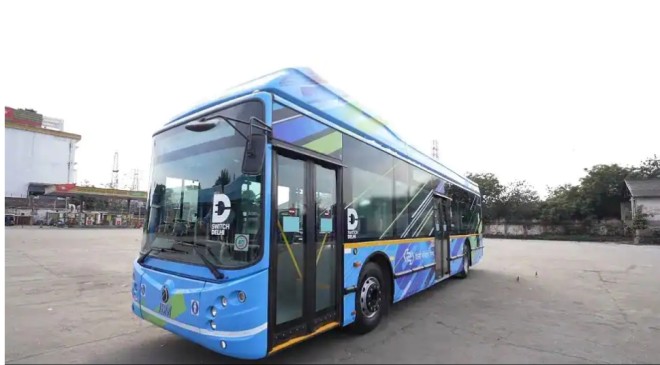 Hours after being waved off from the Indraprastha Depot here, one of the 150 new electric buses inducted into DTC’s fleet broke down due to an increase in the vehicle’s temperature beyond the specified limit. The bus, according to the Delhi Transport Corporation, came to a halt due to an in-built security function and was returned to the road two hours later after a team had looked at it.

Delhi Chief Minister Arvind Kejriwal had flagged off 150 electric buses on Tuesday. The Delhi Transport Corporation Karamchari Union said bus number DL 516G D2610, which was from Rohini Depot Sector 37, broke down around 4 pm on the day of launch.

The DTC took to Twitter and said, “Electric Bus no. 2610 had an indication of increased temperature beyond specified/designed limit, and therefore vehicle stopped automatically, due to its inbuilt safety feature. The response team reached immediately, attended the bus and put it on the road within two hours.”

During the flagging off ceremony, Kejriwal had announced that the capital will boast of 2,000 more such buses by next year. The chief minister had said the Delhi government is planning to spend Rs 1,862 crores on procuring electric buses over the next ten years.

Three new EV charging depots at Mundela Kalan, Rohini Sector 37 and Rajghat, built at a cost of around Rs 150 crores, were also inaugurated on Tuesday. Kejriwal had taken a ride in one of the buses along with Transport Minister Kailash Gahlot, chief secretary Naresh Kumar and other senior officials.

The induction of 150 electric buses equipped with state-of-art features, including CCTV cameras, panic button and GPS, into the DTC’s fleet on Tuesday came after almost 11 years when the public transporter procured buses in such a large number.