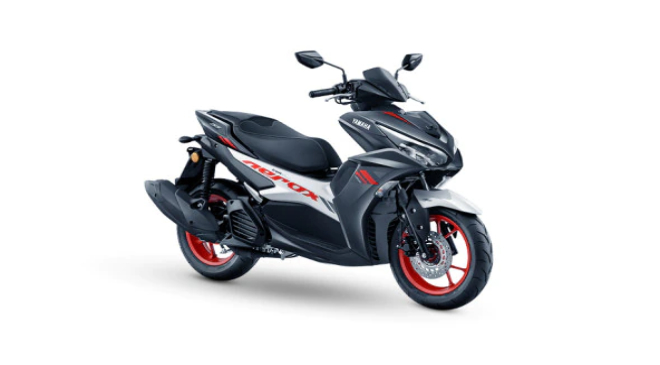 Apart from the clear displacement difference, how do the maxi-scooters fare against each other on paper?

Chinese-owned Hungarian auto manufacturer, Keeway, has recently unveiled three products for the Indian market, including a 300cc maxi-scooter called the Vieste 300. Apart from being the most powerful sub-300cc scooter, it also equips a proper maxi-scooter styling with an aggressive design and sharp body panels. But how does it fare against the tried and tested Yamaha Aerox 155 on paper?

Out of the two maxi-scooters, the Keeway Vieste 300 is a bigger, more powerful scooter, that is a no brainer. Both scooters are liquid cooled for optimum performance and thermal management. Despite being 21kg heavier than the Yamaha Aerox 155, the Keeway Vieste 300 manages to yield a better power-to-weight ratio. That said, the power difference isn’t too much despite the Vieste 300 getting a 123.2cc bigger engine. Moreover, the Aerox 155 also gets variable valve actuation (VVA) which helps in providing the optimum low-end grunt and top-end drive.

Both the scooters are suspended on a similar set up. While the Aerox 155 gets disc only at the front, and is anchored by a drum brake at the rear and single channel ABS, the Vieste is safer with discs at both ends and dual channel ABS.

Rolling on smaller 13 inch wheels, the Vieste should be more agile and give better confidence on the twisties, whereas the 14 inch wheels on the Aerox 155 should make it better for straightline stability, at least on paper.

While the Keeway Vieste 300 gets 10mm lesser ground clearance than the Aerox 155, the lower seat height makes it a more accessible scooter for different types of riders as compared to its rival.

What’s noteworthy here is the massive 12 litre fuel tank that the Vieste 300 flaunts. This would mean far lesser fuel stops and much more range than its Japanese rival.

Not many details are given on the Keeway Vieste 300 as of yet, but it does get a large under seat storage, apron-mounted cubbyhole, spine-mounted fuel tank cap, keyless operation, and a twin-pod semi-digital instrument cluster. The Yamaha Aerox 155, at present, outshines the Hungarian brute, with a fully digital instrument cluster with Bluetooth connectivity, side-stand engine cut off, and USB port. However, we shall wait for more details on what more the Vieste 300 gets in terms of features.

Even though the Keeway Vieste 300 is powered by a larger displacement motor, it still doesn’t justify the high price tag. Moreover, Despite the Aerox 155 being significantly less expensive, it doesn’t fall too behind in terms of features and also offers good practicality. That said, the Aerox 155 offers much better value for money purely speaking in terms of specs and features.