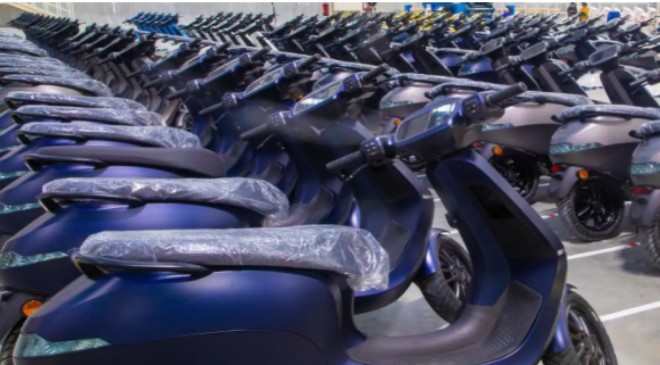 Ather Energy recently got its name added to the list of EV fire incidents after a fire broke out at the electric scooter manufacturer’s centre in Chennai. However, Ather Energy has blamed an “extremely rare” phenomenon for a fire at its experience centre in Chennai, saying a structural breach allowed water to find its way into the battery pack of the scooter, which triggered a thermal runaway event resulting in smoke and fire. The EV maker said the scooter in question had been brought to the Nungambakkam facility for service after an accident.

The service crew apparently subjected the Ather 450 electric scooter to a high-pressure wash to remove dust and mud that had accumulated on the scooter over time. The crew later “discovered a crack on the top casing of the battery pack”, which, the company believes, was due to the accident of the scooter.

“A structural breach allowed water to find its way into the battery pack of the scooter, which triggered a thermal runaway event,” the company claimed. The EV maker said such an incident has never happened with neither its test vehicles nor any scooters it has sold to date.

“The crack in the casing allowed water into the battery pack – which is both IP67-rated as well as AIS 156-compliant – that made its way to the 224 cells in the pack,” said the company, adding it was an `impossible to solve` scenario in terms of saving the battery pack.

The EV maker also said that the scooter in question had a number of `non-standard parts` in place of the stock screws surrounding the battery pack, adding that it is increasing the pre-checks for accident cases to avoid such incidents in the future. The company had earlier said in a tweet that there has been a minor fire incident on its premises in Chennai.

“While some property and scooters got affected, thankfully all employees are safe and things are under control. The experience centre will be operational shortly,” the EV company said. This was the first time Ather Energy came in news for a fire incident as several top EV players are facing government inquiry over battery explosions and fire incidents across the country.

A Hero Photon Electric scooter in Odisha caught fire this week while it was being charged. The incident left the scooter partially damaged. EV makers such as Ola Electric, Pure EV, Jitendra EV Tech, and Okinawa have been involved in earlier EV fire incidents. A government panel probing EV fire incidents is set to submit its report next week.