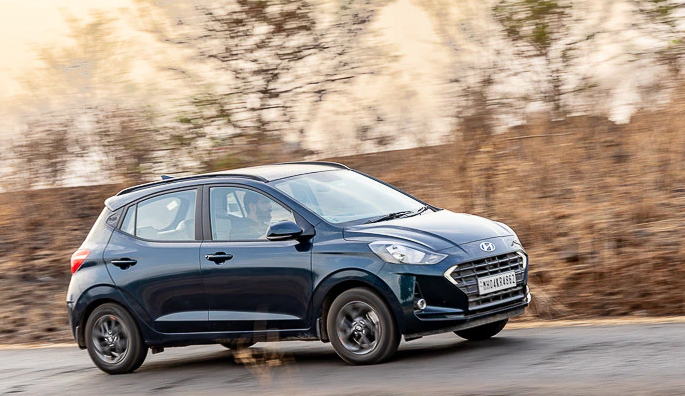 You know the drill for this report, right? Strap on the VBoxes, head to our test location, and give it the beans

Thanks to increasing fuel prices, CNG cars are becoming more relevant courtesy their lower running costs. That said, we wanted to have a dose of fun with two popular CNG hatchbacks: the Tata Tiago CNG and Hyundai Grand i10 Nios CNG. So we decided to strap on our VBoxes, head to our test location, and conduct a drag test.

Which one comes out on top? Well, we’ll get to that in a moment. Meanwhile, here’s a quick glance at their specifications:

On paper, it’s the Tiago that outperforms the Grand i10 Nios, as its powertrain puts out slightly more power. That said, the Tata’s unit is a three-cylinder unit, while the Grand i10 Nios gets a four-cylinder engine. Both CNG cars get a 5-speed manual only. How does this pan out in the real world?

It’s lights out and away we go… And immediately, the smoother 4-cylinder engine of the Hyundai Grand i10 Nios helps it get a better start than the Tiago CNG. The lead created by the Nios helps it beat the Tiago CNG by around one and a half seconds.

That said, it’s very rare that you’ll be launching these cars in real-world conditions. So a fairer way to look at this is from their roll-on acceleration figures. And once again, the Nios, with its sharper response and more free-revving engine beats the Tiago CNG by around two seconds in both the 30-80kmph and 40-100kmph runs.

Once again, the effortless performance of the Grand i10 Nios CNG helps it deliver better fuel efficiency in urban conditions. The Tiago’s engine needs to be worked a bit hard in town, thanks to the slightly dull low-end response, and as a result, delivers lesser fuel efficiency.

In the confines of this test, the Grand i10 Nios, with its better performance and fuel economy numbers, has emerged as the winner. Our detailed comparison review between both hatchbacks will be live soon on our sister portal, CarDekho. So stay tuned.