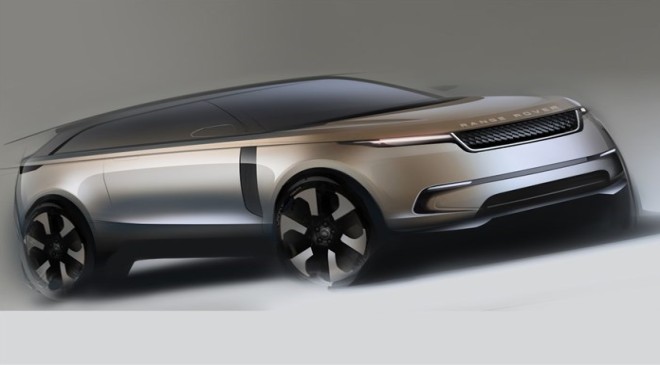 Exploring, that’s something this author would love to do with his large set of friends and family. And if you’re someone like me looking to traverse the countryside with your gang, Land Rover has you covered with the new Defender 130. With its extra length, the Defender 130 is capable of seating up to eight occupants in decent comfort.

Dimensions are key here as the Land Rover Defender 130 is longer by 340mm, when compared to the Defender 110, but the wheelbase remains the same as the smaller 110. Most of the extra length has gone behind the rear wheels to accommodate the extra row of seats and we expect the new model to be a bit more comfortable than the 110.

The extra length has also changed the overall stance of the vehicle, especially when looked from the rear three quarter angle, where the extra length is visible and the SUV looks a bit bulbous. But hey, bigger is better, especially in a country like India, where size into money ratio is important. The rear quarter glass has also grown to allow more light into the cabin, but apart from that, the overall design remains unchanged.

Similarly, overall dashboard layout and design is the same as the 110 as well. But, one element that is bitten by the size extension is the touchscreen unit, which is a larger 11.4-inch unit. Bespokeness remains with the 130 as the SUV will get interior colour and trim options that will be exclusive to it.

But the highlight, obviously, is the third row of seats. Land Rover has also thrown in a ventilation function for all three rows of seats, optional four-zone climate control, and air suspension for better ride quality. With all three rows up, the Defender 130 has 382 litres of boot space, which goes up to 2516 litres when the second and third rows are folded.

Another important point that needs talking is off-roading prowess of the SUV, and well, that’s what the Defender has been primarily built for. Yes, with the extra dimensions, its off-roading abilities will be affected a bit, especially the departure angle. But, Land Rover has played a small trick by allowing the air suspension to raise a bit higher than the standard car to allow it to capably ply on rough terrain.

Now to the engines, which comprise the 3-litre petrol and diesel, with mild-hybrid tech. The 2-litre engines are reserved for the smaller versions, while we suspect the more powerful V8 and plug-in hybrid variants will join the line-up at a later date. All variants get an 8-speed automatic transmission and all-wheel drive with off-road modes as standard.

The new Land Rover Defender 130 should be on the cards for an India launch, considering how quickly the SUV maker is bringing its offerings here. This particular variant doesn’t have any direct rivals, but will take on the Mercedes-Benz G Wagon and Jeep Wrangler.