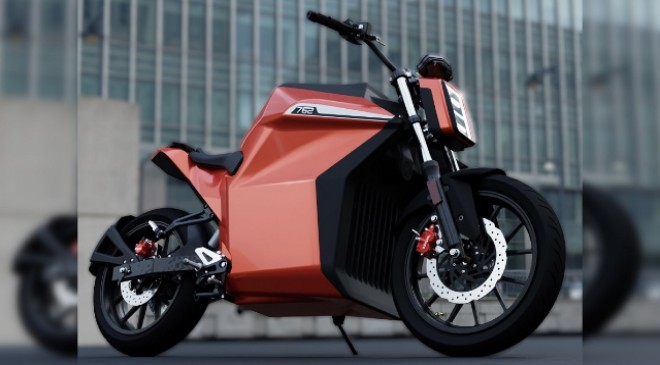 The CSR 762 electric motorcycle will debut next month with a price tag of around Rs 1.65 lakh

Gujarat-based EV maker, Svitch MotoCorp, has announced its plan to invest Rs 100 crore into developing its CSR 762 electric motorcycle. This development comes a month after the company revealed the launch timeline of its first product.

The Svitch CSR 762 will be priced at around Rs 1.65 lakh and would attract subsidies worth Rs 40,000, making it relatively affordable. Svitch intends to use the Rs 100 crore investment to strengthen its dealership network. Currently, the company has inked deals with 15 electric bike dealerships across the country, and plans on expanding its network further.

Svitch has used a 3kW mid-mounted motor that is claimed to put out 10kW of peak power for the CSR 762. The company also claims that the electric motorcycle can achieve a top speed of 110kmph. This motor is paired to a 3.7kWh Lithium-ion nickel-manganese-cobalt battery which is claimed to offer a range of 120km in a single charge.

The electric motorcycle flaunts a 5-inch TFT display, and even gets six riding modes including ‘Reverse’ and ‘Parking’ modes. Svitch says its ‘ThermoSyphon Cooling System’ is efficient and tackles overheating issues of the motor and the battery which has been a major concern with EVs lately.

The Svitch CSR 762 is likely to debut in the next couple of months and will take on the Revolt RV400, which uses a similar-specced motor but has less power, primarily. Other competitors of the CSR 762 will be the Tork Kratos and e-scooters like the Ather 450X and the Ola Electric S1 Pro.