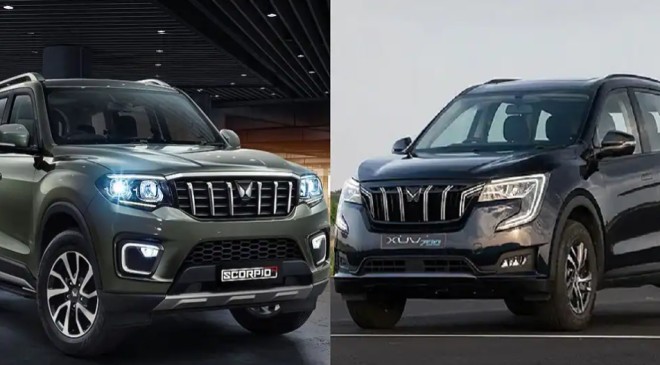 The upcoming 2022 Mahindra Scorpio-N is slated to launch this year, and it will sit below the XUV700 in Mahindra’s line-up. Here’s how it will differentiate from the Mahindra’s flagship model.

Mahindra and Mahindra, India’s largest UV maker is religiously launching an all-new product every year. The brand took the veils off the all-new Thar in 2020, while the XUV700 reached the showroom floors last year. The year 2022 is reserved for the new Mahindra Scorpio-N, which will be the successor to the outgoing Scorpio. The new Scorpio-N is assumed to be priced in the same range as the XUV700. Hence, the new Mahindra line-up will certainly confuse the buyers while making a choice that they don’t regret later. While the Scorpio nameplate enjoys a strong cult, the XUV700’s high demand is the proof of its warm welcome. But how different will these cars be? Read on to find out the top 5 differences between the upcoming Mahindra Scorpio-N and XUV700.

Talking of engine choices, the all-new Scorpio-N will have identical engine choices as the XUV700 – 2.0L mStallion turbo-petrol and 2.2L mHawk turbo-diesel. Sadly, Mahindra will use these motors on the Scorpio-N in a milder state of tune to help the XUV700 retain the flagship status.

The Mahindra Scorpio-N will use a traditional rear-wheel-drive layout with a solid rear axle like the outgoing model. Also, it will be sold with a capable 4×4 drivetrain, using a low-ratio gearbox and a transfer case. The Scorpio-N is likely to be sold with a locking rear differential as well. Moving over to the XUV700, it is primarily an FWD car. With the diesel powertrain, however, the XUV700 can be bought with the AWD layout for increased traction and better performance on loose surfaces.

SUVs are generally enjoyed with a boxy design. The upcoming Scorpio-N will follow this tradition with an upright stance but with rather appealing and subtle curves. The overall design remains squarish and feels like an evolution of the outgoing model. The XUV700 takes a more modern approach to the lines that were initially seen on the XUV500. The design feels sporty and feels contemporary for the most part.

The Mahindra XUV700 is the most-loaded Mahindra ever. It comes with a long list of features, including multiple airbags, ADAS tech, panoramic sunroof, flush-type door handles, 18-inch alloy wheels and more. The upcoming 2022 Mahindra Scorpio-N will also be loaded to the gills. It will be offered with features like a Sony sound system, panoramic sunroof, dual-zone climate control, and cruise control. However, the Scorpio-N will miss out on a certain equipment, such as ADAS tech, flush-type door handles, and an all-digital instrument cluster. Also, the Scorpio-N will feature a smaller 8-inch touchscreen infotainment unit.