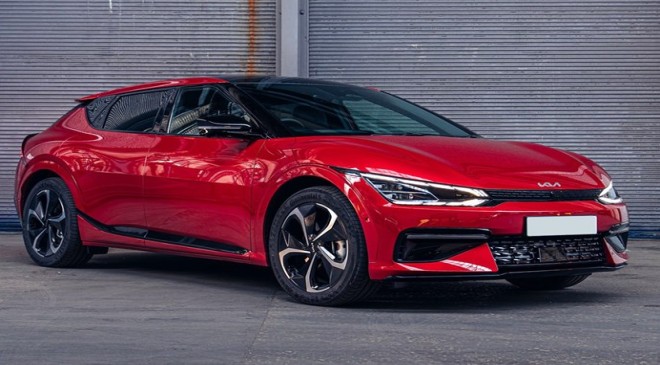 This week’s highlights include an EV launch, multiple reveals and a couple of upcoming models spied

This week was an eventful one to say the least as news was coming in thick and fast at home as well as in markets abroad. Here are the stories that grabbed the headlines this week:

Kia’s first all-electric vehicle, the EV6 has been launched with prices starting from Rs 59.95 lakh. Being a CBU, only 100 units of the electric hatchback were initially brought to India, but Kia has already garnered 355 bookings for the EV. Subsequently, the carmaker is working on bringing more units to India.

BMW has taken the covers off the new-gen X1 alongside its all-electric iteration called the iX1. The X1 now gets ICE, mild hybrid and plug-in hybrid powertrain options, while the iX1 gets dual electric motors with an all-wheel drive system.

After multiple leaks and teasers, the facelifted Venue has been officially revealed ahead of its launch on June 16. As part of the facelift, the sub-compact SUV gets cosmetic and feature additions. The powertrain options for the facelifted SUV remain unchanged, save for the manual transmission that has been scrapped for the 1-litre turbo-petrol variants.

Mercedes has globally revealed the new-gen GLC which now gets electrified powertrains. The new-gen luxury SUV also comes with more amenities, hybridized propulsion systems and design updates which give it a fresher and cleaner overall look.

The middle child of Lexus’ SUV range, the RX, has undergone a generational update. The fifth iteration of the luxury SUV gets a bolder, more aggressive design language along with new powertrain options which include petrol-only, self-charging hybrid and plug-in hybrid options.

Skoda’s first dedicated EV, the Enyaq iV, has been  spotted testing in India, hinting towards a possible launch. If and when launched in India, we expect it to rival the likes of the Kia EV6. You can read more about the electric SUV right here.

Mahindra XUV300 Electric Spied From Behind

New details have emerged for Mahindra’s upcoming electric SUV, which will likely arrive by early 2023. New spy shots give a hint of the redesigned rear profile of the XUV300 EV, confirming that the SUV won’t be a sub-4m offering.

Spied: New-gen Vitara Brezza In Its Base Trim

The base variant of the new-gen Vitara Brezza has been spotted in a new colour hue. With its launch inching closer, select dealerships have started taking offline bookings for the sub-compact SUV.

After five years of research and development, Mercedes has finally revealed the production-ready AMG One hypercar. It houses a F1 derived engine that works with four electric motors to give a mind boggling combined output of 1063PS and comes with a host of other performance wizardry.

The honeymoon period for Skoda’s introductory prices has come to an end as the Carmaker has upped the prices of the compact sedan throughout its lineup. You can check out the quantum of the hiked prices here.

Land Rover has introduced a larger iteration of the defender which can seat up to eight occupants. It’s called the Defender 130 and you can read all about it here.