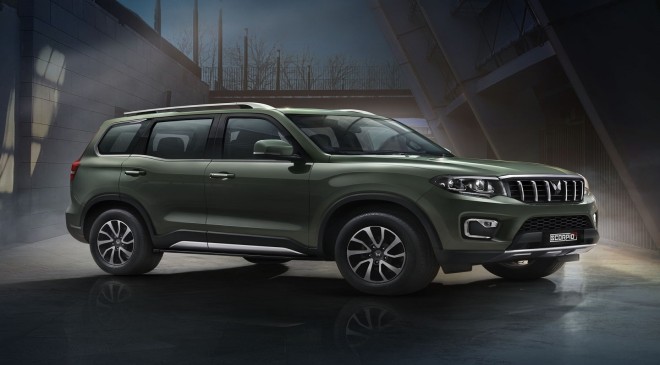 “The big daddy of SUVs” is back with a new teaser claiming that the upcoming 2022 Mahindra Scorpio-N will get the Highest Command Seating in its class which will give more comfort and fun to the driver. The Indian automaker has been revealing the details of the upcoming new Mahindra Scorpio-N for quite a while now. Earlier, the company revealed a glimpse of its exterior via teaser, however, interior details and power figures of the SUV were ‘leaked’ via documents. As per the report, the SUV will get a 2.0-litre turbocharged petrol engine and the 2.2-litre diesel engine as its power source.

Both the engines have been taken from already on-sale Mahindra SUVs, namely Thar and XUV700. Based on the report, the petrol engine will be tuned to produce 170 PS of max power. In contrast, it produces 200 PS of power in the XUV7, and in Thar, the engine gives out 150 PS. Moving on, the diesel engine will be offered with two different tunings. The engine will have similar tunings in the lower-spec trims as the Thar. These tunings will result in producing 130 PS and 160 PS depending on the trims.

There is no information on the gearbox yet. But based on the pattern Mahindra follows with the ongoing Scorpio, the chances are that the higher-spec variant engines will be offered with a 6-speed manual gearbox and an option of a 6-speed torque converter automatic gearbox. In addition, the SUV is expected to get a 4×4 powertrain with both engines. Moreover, the new Mahindra Scorpio N is expected to have drive modes and terrain modes as well.

The Mahindra Scorpio-N quintessentially has no rival as of now. Nevertheless, prospective buyers of models like the Hyundai Alcazar, MG Hector Plus, and Tata Safari will keep the Scorpio-N on their lists. Talking of prices, expect the entry-grade petrol trim to start from around Rs 12 lakh, ex-showroom. The range-topper’s pricing might go up to Rs 20 lakh, ex-showroom.

Needless to say, the new Mahindra Scorpio N is a major upgrade over the previous model. The new upgraded model gets more dominating looks and better exterior features compared to the older version. No wonder the makers call it “The big daddy of SUVs.”