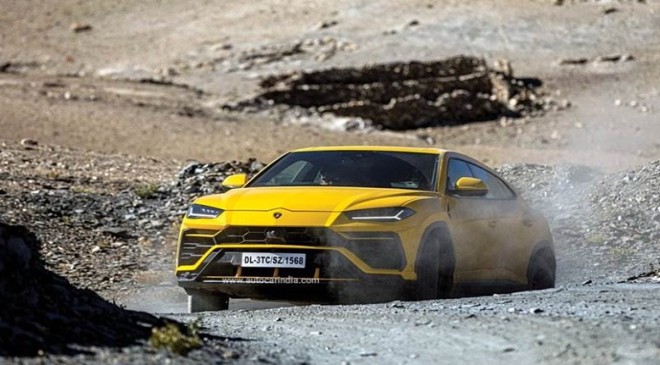 Around the world, Lamborghini SUVs have together driven an estimated 36 crore km!

The Lamborghini Urus SUV has hit a new landmark with 20,000 units produced in just five years of its production. According to the carmaker, the 20,000th Urus assembled at its Sant’Agata Bolognese facility in Italy, is a Viola Mithras coloured SUV built for a customer in Azerbaijan.

When the carmaker first displayed the Urus as a concept, building a V8 all-wheel drive (AWD) SUV was seen as an iconoclastic move by Lamborghini, which is best known for its iconic V10 and V12 supercars.

But the super-SUV stayed true to its name and became an instant hit the world over thanks to its 4-litre twin-turbo V8 heart pumping out 650PS and 850Nm. Such power is enough to propel the SUV to 305kmph tops and do the 0-100kmph sprint in 3.6 seconds!

Despite its lofty price tag of over Rs 3 crore (ex-showroom), the Urus has been one of the most successful recent products from the Italian supercar maker in India.

How has the Urus helped Lamborghini?

According to the carmaker, the “Automobili Lamborghini’s headquarters in Sant’Agata Bolognese has grown exponentially with the arrival of Urus.” Between 2015 and 2018, the carmaker hired over 500 new permanent staff members just for the Urus project.

Its production facility in Italy has more than doubled in size, and now stands on 1.6 lakh square metres of land, including an Urus paintshop established in 2019.

Since the last two years, the carmaker has even made efforts to improve the sustainability of its production processes. By switching to trains from trucks for the transportation of Urus bodies, Lamborghini has cut CO2 emissions by 85 per cent. In addition, the production facility is more high-tech and follows the Lamborghini Manufacturing 4.0 approach.

All of the above measures have helped Lamborghini grow into a brand that could withstand harrowing recent events such as the Covid-19 pandemic and long-standing supply chain disruptions.

The Lamborghini Urus competes with luxury SUVs such as the Aston Martin DBX and Bentley Bentayga, as well as the racier versions of the Audi Q8, BMW X6 and Mercedes-Benz GLE Coupe. The upcoming Ferrari Purosangue, too, will go head-to-head with the Urus.