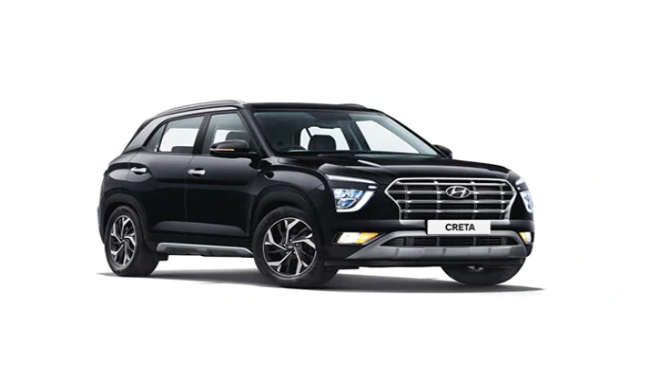 Before the launch, Hyundai officially unveiled the new Creta N Line SUV. The mid-size compact SUV is the sportier version of the ongoing model. However, before the launch, the pictures of the SUV were leaked, revealing the design details of the car. It is to be noted that Hyundai sells N Line badged versions of models like i10, i20, i30, Kona, Tucson, Sonata and Elantra.

Being the N-Line model, the new Creta gets multiple styling updates. The new SUV gets a new front bumper with a larger air intake and newly designed fog lamps in the form of a triangle. Moving on, the grille of the Creta N-Line is reminiscent of the grill you see on the Tucson. What gives the SUV a completely new look is the dark colour of the grill. Moreover, the SUV gets a prominent N-Line badge on the grill. However, the headlights appear to be the same as on the regular Hyundai Creta. The rear end and sides of the car also have N line traces.

The N-Line design continues in the interior of the compact SUV. The logo is prominent on the seats, with stark red stitching on the upholstery. Moreover, the badging is also present on the gear knob and the steering wheel of the car.

Talking about the powertrain, the Hyundai Creta N-Line is powered by a 1.0-litre turbo petrol engine giving out 120 hp. It also gets the option of a 2.0-litre NA petrol engine.

Upon the launch, Hyundai Creta N-Line will be competing cars in the sub-compact SUV segment. It will have rivals in the form of the Kia Seltos GT-line, MG Hector and others. Meanwhile, Hyundai is also preparing to launch the Hyundai Venue facelift for the Indian market.