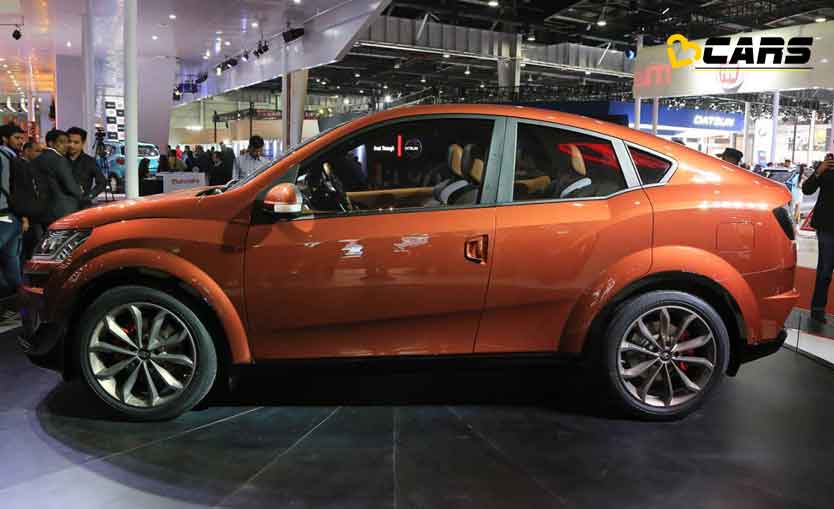 Mahindra has been creating the buzz lately for its upcoming SUVs. Recently the Indian auto major teased the audience with a video of its rumored XUV900 Coupe. The automaker is expected to announce its new ‘born electric’ range of electric SUVs on August 15. As per reports, the upcoming XUV900 will not only be ‘born electric’ but will also be a global SUV.

In the teaser video, Mahindra shared a glimpse of the interiors of the SUV where a square-shaped steering wheel sporting Mahindra’s logo sat on the display. The central dashboard seems to be stretching to the back of the vehicle, separating the driver and passenger areas. The teaser further shows how Mahindra has been incorporating its learnings from Formula E, into its upcoming SUV.

This SUV is being designed at the Mahindra Advanced Design Europe (MADE) facility, under Pratap Bose, the chief design officer. Some time ago, Mahindra released another teaser showing a unique aerodynamic design of the wheels.

With decreasing air drag, an increase in the range of this EV can be seen. It will likely have one of the lowest drag coefficients of any cars manufactured in India. Though XUV900 Coupe is expected to hit the car market by 2023 or 2024, Mahindra is expected to launch its XUV300 under Mahindra’s Born Electric fleet.