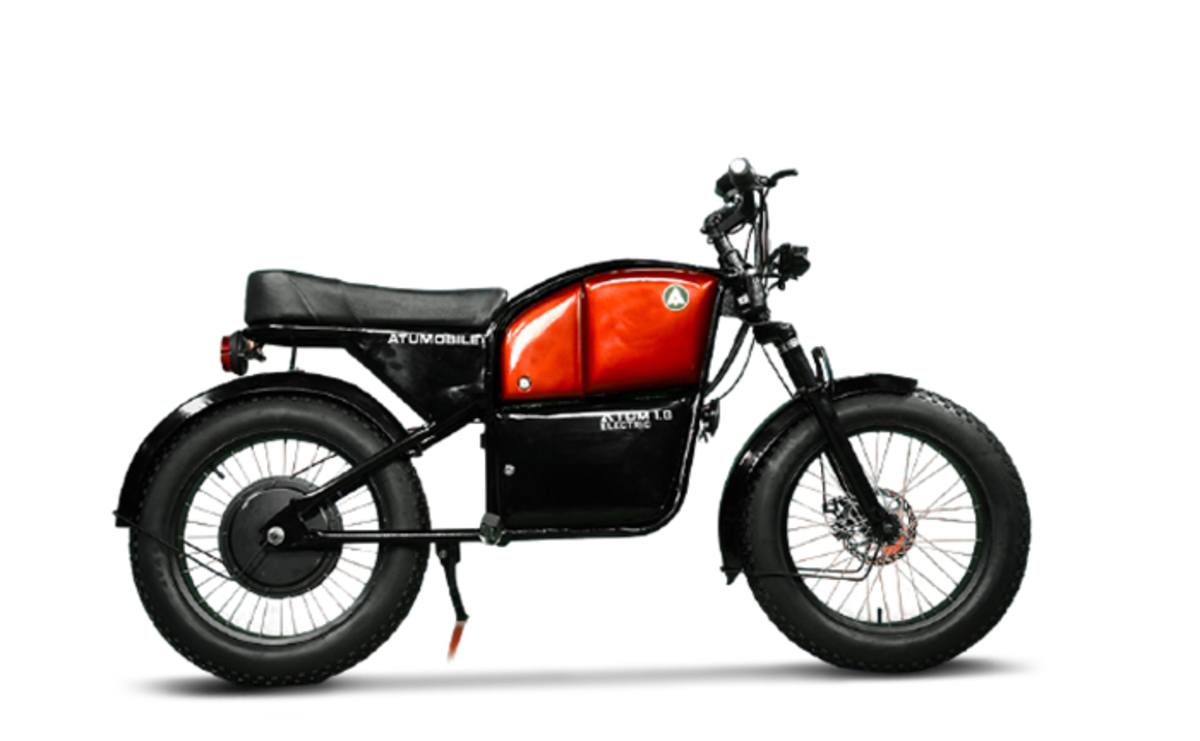 The gearless electric cafe racer, called the AtumVader, has received ARAI certification, and will be launched this year

Hyderabad-based EV startup, Atumobile is set to launch an electric cafe racer, the AtumVader, soon. The electric motorcycle that has been designed and made in the country with 90 per cent localisation, has recently received ARAI certification.

Read More:-Honda Launches An Electric Mobility Scooter That Balances Itself

The AtumVader electric bike will get a claimed top speed of 65kmph, and will be powered by a 2.3kWh lithium-ion battery pack. The electric hub motor, as usual, will be gearless, and the e-bike, which can cover up to 100km on a single charge, will be built on a tubular chassis. It will also come with LED taillight and indicators, and off-road-centric tyres.

The electric cafe racer will be made at the brand’s ‘Net Zero’ manufacturing facility in Patancheru, Telangana. This plant comes with a solar roof, and its production capacity was recently ramped up from 25,000 units to 3 lakh units a year.

Read More:-Norton Launches The V4SV Superbike, A Track Bike Reimagined For the Road

Atumobile currently offers the Atum 1.0, a low-speed electric bike at Rs 74,999 (ex-showroom, excluding GST and shipping charges). The upcoming AtumVader will be the company’s first high-speed electric motorcycle and is likely to be priced at a shade under Rs 1 lakh (ex-showroom). It will compete against the Revolt RV 400. If you’re looking for an electric motorcycle with better performance, then you have the Tork Kratos, and you can also wait for the upcoming Ultraviolette F77.