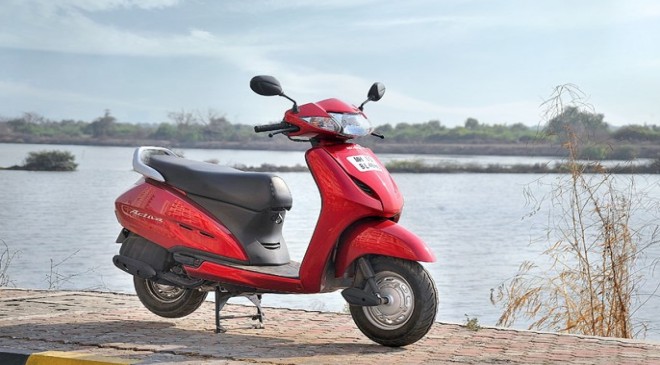 India is one of the largest two-wheeler markets in the world. It has a slew of brands participating in the monthly run to post big numbers on the sales tally. The Indian market also has the world’s largest two-wheeler manufacturer – Hero MotoCorp. Since a large chunk of buyers are first-time consumers, the Indian market holds strong aspirational value. Nevertheless, the top spot remains largely reserved for a select few contenders, and here’s a list that reveals the top 5 best-selling two-wheelers in the country. It includes models of the stable of Hero MotoCorp, Honda, and more.

Achieving sales milestones for the homegrown two-wheeler manufacturer is an easy job. Similarly, the best-selling offering of the Hero MotoCorp has the art to post massive sales figures on the monthly tally. In fact, it was the highest-selling model for May this year, with sales of 2,62,249 units. Thus, securing the top spot in this list of highest-selling two-wheelers in the Indian market.

The Honda Activa kick-started the trend of gearless scooters. After all, Honda made a piece of machinery that was reliable if nothing else and launched it when the market for the scooters was starting to evolve. Last year, Activa recorded a sales milestone of reaching cumulative sales of 2.5 crore units in the Indian market. Last month, the Honda scooter witnessed sales of 1,49,407 units to become the second best-selling two-wheeler in India.

Another Hero MotoCorp product on this list is the HF Deluxe. The entry-level commuter finds its place on the list of top 5 highest-selling two-wheelers in the country with a sale of 1,27,330 units last month. The motorcycle is priced from Rs 56,070, ex-showroom.

The fourth highest-selling two-wheeler in the Indian market as per the sales figure of May this year is the Honda Shine. The motorcycle found 1,19,765 buyers for itself last month. The company announced the sale milestone of 1 crore Honda Shine examples in the country last year.

The homegrown brand Bajaj has also managed to enter this list with the Pulsar. The company’s one of the most happening motorcycle range registered sales of 69,241 units last month. In comparison to the corresponding month last year, the Bajaj Pulsar registered a YoY growth of 138 per cent.74.74 per cent.