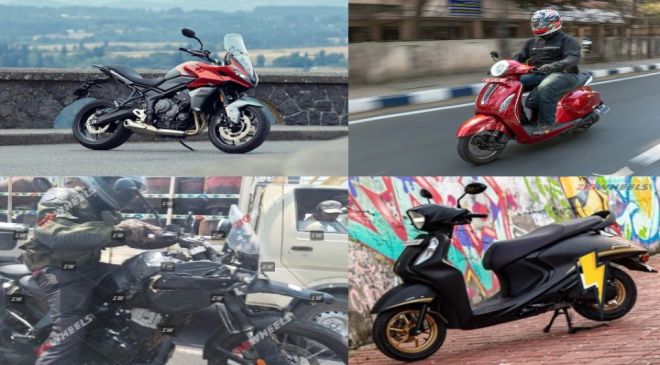 The past week was rather eventful for two-wheeler enthusiasts, as we received invites to some much-awaited bike launches. Here are the top five news that happened this week in the world of two-wheelers:

The Chennai-based manufacturer looks to be gearing up to launch the much awaited Hunter 350, as they have sent a ‘Block Your Date’ invite for the new motorcycle that will make its first official public appearance. You can find more about this story here.

TVS recently sent us a ‘Block Your Date’ invite dated July 6, which did not mention a bike name. However it did flaunt the hashtag #NewWayOfLife. Considering the Zeppelin R is slated to be TVS’ first ever cruiser, thus leading a new way of life, could this hint to the Zeppelin R being unveiled at that event? Find out what we thought here.

Aprilia And Suzuki Pull The Plug

Aprilia recently revealed that they would be discontinuing the disc brake variant of their entry level offering, the Storm 125. Head here to read more on why the scooter is being discontinued.

Suzuki too confirmed that their 155cc cruiser, the Intruder, was given the boot recently. Find out why, in our story here.

In an interesting development, Bajaj has gone cryptic on their social media, hinting at a new colour scheme for their all-important models, the Pulsar F250 and N250. More details about this can be read here.

Yamaha has introduced a new ‘Sport Pack’ for their baby supersport, the R125, in Europe that makes it better for track riding. Here’s all the deets on what this pack offers.