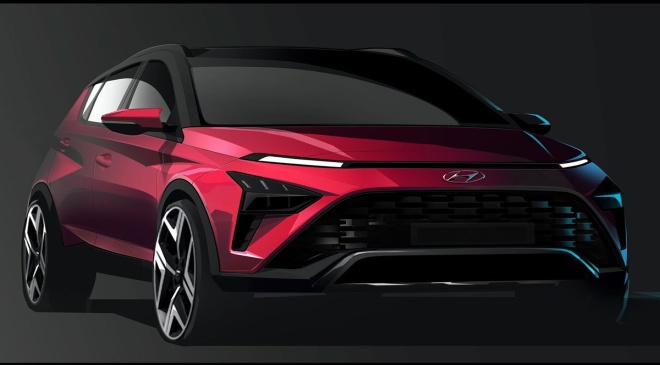 Read More:-Five Hot Two-wheeler News From The Past Week

Hyundai Indonesia has teased the Stargazer MPV, giving us glimpses of its exterior styling. The MPV has been specially designed for the Indonesian market. We expect the MPV to head over to India as well in the near future.

The teaser shows the unique horizontal LED DRLs, which stretch through the entire bonnet. It will further get a quad-pod headlamp setup and Hyundai’s latest Parametric Jewel grille. All latest Hyundai cars like the facelifted Creta and Venue as well as the Hyundai Tucson follow a similar front fascia design.

The teased side profile shows a steep-sloping and rather stubby bonnet. Looks like it will get the conventional MPV ethos, which is also seen on the bigger Carnival-sized Hyundai Staria. At the back, we can see the H-styled connected LED tail lamps, a part of Hyundai’s current Sensuous Sportiness design language.

Hyundai India could look at this as an opportunity to fill up the compact MPV space, which is currently dominated by the Maruti Ertiga. Kia has the Carens, which is also performing well, averaging around 3,000 to 4,000 units a month since launch.

If it comes to India, the MPV should use the Creta’s petrol, diesel and turbo-petrol engines with manual and automatic transmissions. However, we’ll get to know more about it once Hyundai confirms the possibility of its India launch.